From a press release: As I Lay Dying is celebrating their 20th anniversary as a band with the Two Decades of Destruction Tour. Today, the Grammy-nominated metalcore band announced that the U.S. leg of the trek will kick off on June 10 in Las Vegas and conclude on July 17 in Oklahoma. Whitechapel, Shadow of […]

From a press release: After a hiatus that lasted more than a decade, the Circle Jerks have returned to touring, hitting the stage of the Sherman Theater in Stroudsburg on Monday, April 11 with fellow hardcore punk legends 7 Seconds and Negative Approach. “We are beyond excited for our first full North American tour in […]

From a press release: Almighty riff masters Clutch will be hitting the road for a mammoth North American tour of hard rock and heavy metal this spring, split across two legs. The first leg of the 38-date run will feature special guests EyeHateGod and Tigercub. The second leg with The Sword and Nate Bergman of […]

From a press release: While the next Camp Bisco hasn’t been announced yet, Philadelphia jam band and festival founders The Disco Biscuits will return to Northeastern Pennsylvania to perform at the Sherman Theater in Stroudsburg on Friday, March 4. Doors at open at 7 p.m., and the all-ages concert starts at 8 p.m. Tickets, which […] 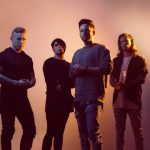 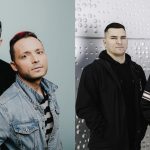