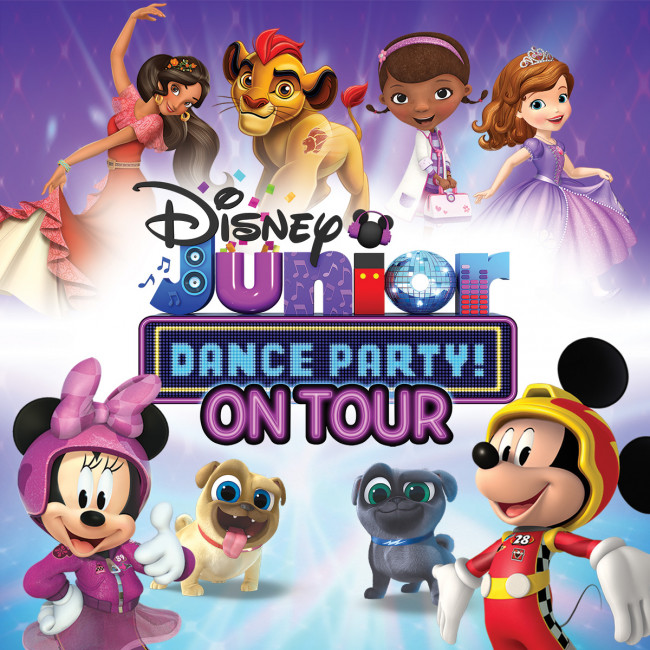 Due to popular demand, the high-energy “Disney Junior Dance Party on Tour” has added a second show at the F.M. Kirby Center in Wilkes-Barre on Friday, April 27 at 3 p.m. The first show announced last year is at 6 p.m. on April 27.

VIP package offers include an after-party and meet and greets following each performance. Kids and families will also have the opportunity to enjoy breakfast with characters, including Mickey, Sofia, and Doc on weekend show days. Performances during the week will include a special VIP offering – an afternoon tea featuring appearances by Princess Elena, Princess Sofia, and Minnie Mouse.

Join hosts Dee and Jay and the DJ Dance Squad as they welcome Mickey, Minnie and other Disney Junior characters on stage to perform popular songs, including “Hot Dog Dance” from “Mickey Mouse Clubhouse,” “Time For Your Check Up” from “Doc McStuffins,” “Zuka Zama” from “The Lion Guard,” and “Happy Helpers” from “Mickey and the Roadster Racers.” It’s going to be a dance party that kids won’t want to miss.

“We are delighted to collaborate with Red Light Management to bring some of Disney Junior’s biggest hit series to the stage for kids and families nationwide to enjoy in a truly immersive concert experience,” said Jennifer Rogers-Doyle, vice president of franchise management for Disney Channels Worldwide.

“The ‘Disney Junior Dance Party on Tour’ is going to be the premiere family concert event of the year and for many years to come. The production is absolutely stunning, and working alongside Disney and Amy Tinkham to create this show has been an incredible experience and an honor,” says executive tour producer Jonathan Shank.

“Parents and children are going to truly love this show. There are new songs, greatest hits, and some mashups, which are really fun!”

Disney Junior reflects the emotional connection generations of consumers have to Disney storytelling and Disney characters, both classic and contemporary. It invites mom and dad to join their child in the Disney experience of magical, musical, and heartfelt stories and characters while incorporating specific learning and development themes designed for kids age 2-7.

Disney Junior’s series blend Disney’s unparalleled storytelling and characters kids love deeply with learning, including early math, language skills, healthy eating and lifestyles, and social skills. In the United States, Disney Junior is a daily programming block on Disney Channel and a 24-hour channel reaching over 71 million U.S. homes. In total, there are 37 Disney Junior channels in 27 languages around the world.