It was announced today that magician and television star Criss Angel will bring his critically-acclaimed “Raw – The Mindfreak Unplugged” show to the F.M. Kirby Center in Wilkes-Barre on Wednesday, May 2 at 7:30 p.m.

Criss Angel has dominated the world of magic for more than a decade. Bloomberg Businessweek has called him “the biggest name in Las Vegas magic,” while the Las Vegas Sun has dubbed his performance the “No. 1 magic show of all time.”

He is the star, creator, executive producer, and director of the most successful magic television series of all time, “Criss Angel Mindfreak,” on A&E Network, and the star and producer of the No. 1 bestselling Las Vegas stage show “Criss Angel Mindfreak Live!” (in partnership with Cirque du Soleil and MGM Resorts).

“Raw – The Mindfreak Unplugged” is a theatrical experience unlike any seen before, bringing Angel’s famous sleight of hand street magic, mentalism, and even some of his most iconic illusions to life, all performed in an intimate, raw setting.

This extraordinary evening of magic unplugged features Angel and some of his amazing friends with a stripped-down purity that’s in-your-face and guaranteed to blow your mind. 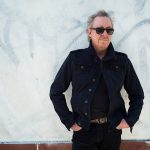