The Aegean has had a long journey to get to this point, but now the melodic metal band is finally ready to unleash their debut single in a rain-soaked music video that is premiering today exclusively on NEPA Scene.

The Nanticoke-based group has been together and writing music for about two and a half years, bringing all their experiences from previous bands to the table to establish something new. The lineup of guitarists Dave Kline and Ken Huber, bassist Nick Hennebaul, and drummer Matt Rodriguez was finally completed when vocalist Corey Lombardo came on board.

“Ashfall, the band I was in prior to this one, had just ended, so I was looking for a new project. I got to talking to Matt, our drummer and my friend since high school, who I’d spent years playing with in Ethereal Collapse, and he had a project going with Kenny and Nick. I started meeting up with them and writing and it just snowballed from there,” Kline told NEPA Scene.

“We were very close to calling it quits out of frustration because we could not find a vocalist. We searched for almost a year with no luck. As a last ditch effort, I threw another ad on Craigslist and Corey ended up responding. We talked a bit and really hit it off, so I invited him to come check us out. He did, and as soon as we heard his voice, that was it. We brought him into the mix and about a year and a half later, here we are.”

Once Lombardo was in place, the band’s heavy sound with both harsh and soaring vocals really began to take shape.

“When I first joined up with these guys, I honestly didn’t know what to expect. We didn’t have a singer, so as far as the sound we were going for, it was kind of up in the air. Once Corey came into the band, it really changed our whole dynamic for the better because in addition to being a great vocalist, he’s actually a great guitarist and keyboard player as well. I feel like with him completing the lineup, it’s really helped to give us our ‘sound,’” Kline continued.

“We are recording everything ourselves, so it’s taken a good bit of time. We are still recording currently but have been at it for the last six-seven months, roughly. Now that we have the knowledge that we do, things are moving along nicely.”

The product of their DIY efforts so far is “Tyrant,” a song “about how easy it is to manipulate and control masses of people with fear and lies,” Kline said. It is the band’s first single from a five-song EP that is expected to be completed over the next few months.

The corresponding music video was recorded in four hours in front of a green screen in Lombardo’s basement, but he spent much more time editing everything together. It was Kline’s first time starring in a music video, which can often be a monotonous experience behind the scenes, requiring take after take to capture all the required footage. At least they didn’t have to actually play in a raging storm.

“It was extremely tedious, and I pretty much hated this song by the time we were done,” he admitted with a laugh.

“We have done everything ourselves. It was our goal to be as self-sufficient as we could possibly be as a band. But Corey and Nick deserve most of the credit because, without those guys, none of this would have happened. They really stepped up to the plate and made it so that we were able to do this recording and this video.”

While they’re taking this project seriously, The Aegean just wants to keep performing and having fun.

“We do this band for our own entertainment and fulfillment, so we have no plans to tour or anything like that. It’s just an outlet for us, and if we can make some fans in the process, then great,” Kline noted.

The band’s next gig is an all-day affair outdoors in the new Camp Rattler Beer Garden and indoors at the adjacent Border Bar (170 Laurel St., Pittston) this Saturday, July 7. Dubbed the “Heavy Metal Beach Party,” the show kicks off at 4 p.m. and features Thunderbird Divine, Incest Burner, Earthmouth, Royal Hell, Dour, and Bloodeagle. Tickets are $7 at the door.

What can metalheads expect from this hard-rocking beach party without an actual beach?

“They can expect me yelling at my guitar rig when something undoubtedly goes wrong with it, and they can expect us to put on the best show we can,” Kline said, “and maybe a favorite cover or two.” 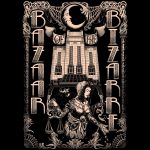 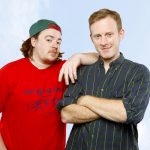