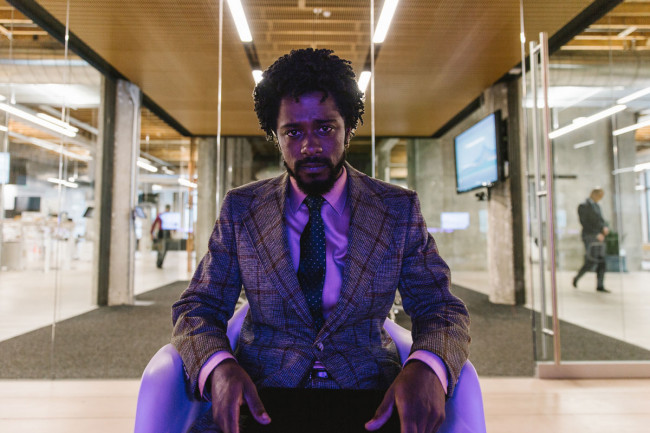 The F.M. Kirby Center for the Performing Arts in Wilkes-Barre has announced the full lineup for this year’s W. Curtis Montz Film Series.

The W. Curtis Montz Film Series features four documentary films, including “RBG,” the story of Supreme Court Justice Ruth Bader Ginsburg; four foreign films, such as the Oscar-nominated “The Insult;” and three independent films, ending with the much-lauded “Sorry to Bother You.”

All films are on Wednesdays in August, September, and October. There will be two showings of each film at 1 p.m. and 7:30 p.m. Tickets for the matinee films are only $3, while all evening films are just $5.

Tickets for all 11 films are on sale now and can be purchased at the door on the day of the film, at the Sundance Vacations Box Office at the Kirby Center (71 Public Square, Wilkes-Barre), online at kirbycenter.org, and by phone at 570-826-1100.

At the age of 84. U.S Supreme Court Justice Ruth Bader Ginsburg has developed a breathtaking legal legacy while becoming an unexpected pop culture icon. But without a definitive Ginsburg biography, the unique personal journey of this diminutive, quiet warrior’s rise to the nation’s highest court has been largely unknown, even to some of her biggest fans – until now.

Director Marilyn Ness takes her viewer into some of the toughest neighborhoods in Baltimore during a three-year period of unparalleled violence. With intimacy and candor, her camera captures all the fury, grit, and compassion of the residents of this challenged, yet vibrant city. Baltimore’s situation often presents a microcosm of insight into the ongoing, nationwide crisis of violence and distrust between civilians and police officers; at the same time, the actions of the city’s citizens may also help chart a direction forward. In these divisive times, “Charm City” offers humanity as common ground.

“American Animals” is the unbelievable but entirely true story of four young men who attempt to execute one of the most audacious art heists in U.S. history. The film centers around two friends from the middle-class suburbs of Lexington, Kentucky. Spencer (Barry Keoghan) is determined to become an artist but feels he lacks the essential ingredient that unites all great artists – suffering. His closest friend, Warren (Evan Peters), has also been raised to believe that his life will be special and that he will be unique in some way. Determined to live lives that are out of the ordinary, they plan the brazen theft of some of the world’s most valuable books from the special collections room of Spencer’s college Library.

In today’s Beirut, a civilian dispute blown out of proportion finds Tony (Adel Karam), a Lebanese Christian, and Yasser (Kamel El Basha), a Palestinian refugee, facing off in court. As the media circus surrounding the case threatens a social explosion in divided Lebanon, Tony and Yasser reconsider their values and beliefs as revelations of trauma complicate their understanding of one another.

Investors on the fringes of the financial world feverishly seek new alternatives for high-return investments in the global markets and have found a goldmine in China. But when one investor discovers a massive web of fraud, everything else is called into question.

Nominated for the Academy Award for Best Foreign Language Film, an artist’s installation invites passersby to altruism. Meanwhile, the artist hunts down thieves who stole his cell phone and wallet.

Out of nowhere, Katja’s (Diane Kruger) life falls apart when her husband and son are killed in a bomb attack in this German film. The mind-numbing search for the perpetrators and reasons behind the senseless killing complicate Katja’s painful mourning, opening wounds and doubts. The eventual trial against the two suspects, a young couple from the neo-Nazi scene, pushes Katja to the edge, but there’s simply no alternative for her: she wants justice.

Set in 1990s France, members of international advocacy group ACT UP demand action from the government and pharmaceutical companies to combat the AIDS epidemic.

In 1993, after teenage Cameron is caught in the backseat of a car with the prom queen, she is sent away to a treatment center in a remote area called God’s Promise. While she is being subjected to questionable gay conversion therapies, she bonds with some fellow residents as they pretend to go along with the process while waiting to be released.

It’s true, Joan Jett became mega-famous from the No. 1 hit “I Love Rock ‘n ‘Roll,” but that’s only part of the story. That fame intensified with the music video’s endless play on MTV, world tours, and many hits to follow like “I Hate Myself for Loving You,” but that staple of popularity can’t properly define a musician. Jett put her hard work in long before the fame, ripping it up onstage as the backbone of the hard rock legends The Runaways, starting her record label out of the trunk of a car after being rejected by 23 labels, and influencing many musicians – both her cohort of punk rockers and generations of younger bands – with her no-bullshit style. “Bad Reputation” gives you a wild ride as Jett and her close friends tell you how it really was in the burgeoning ’70s punk scene and the rocky road to rock stardom decades on. Their interviews are laced with amazing archival footage. The theme is clear: Even though people tried to define Jett, she never compromised. She will kick your ass, and you’ll love her all the more for it.

In an alternate reality of present-day Oakland, California, telemarketer Cassius Green finds himself in a macabre universe after he discovers a magical key that leads to material glory. As Green’s career begins to take off, his friends and co-workers organize a protest against corporate oppression. Cassius soon falls under the spell of Steve Lift, a cocaine-snorting CEO who offers him a salary beyond his wildest dreams. 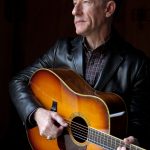 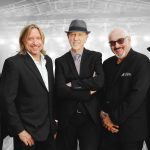