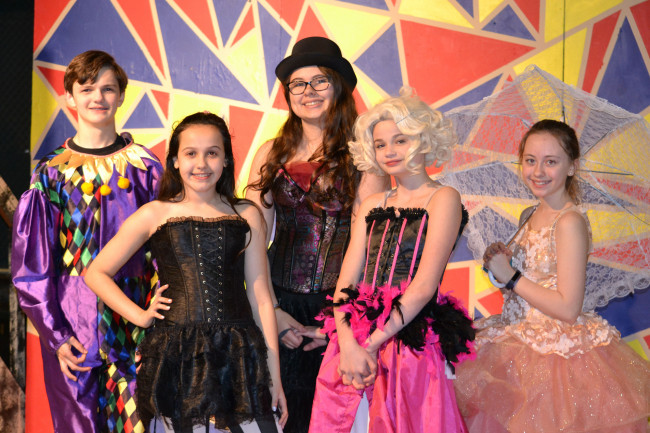 The circus is coming to town for one weekend only when Act Out Theatre Group presents the Broadway show “Barnum: The Circus Musical” on Friday, April 26 through Sunday, April 28 in Dunmore.

“Barnum” depicts the life of P.T. Barnum, famed prince of humbug, and his journey to the circus. It shows the early years of his humble beginnings and covers when he dabbled in politics, all while putting on a circus right in front of the audience.

“The theatre is being totally transformed into a circus,” Act Out artistic director Dan Pittman said. “We have games and face painting in the lobby, a photo booth, and vendors roaming the house selling cotton candy, popcorn, and marshmallow peanuts.”

Pittman, a Plymouth resident, also serves as the choreographer of “Barnum.”

“‘Barnum’ is a beautiful musical telling of, who I believe to be, the father of the traveling circus,” Pittman said. “This show is perfect for this age group because it allows them to show off their special talents and learn a little more about American history.”

“The most challenging part of this show is learning the lines,” he said. “I have trouble learning them because Barnum talks in an exotic way and uses words that I wouldn’t use in everyday life.”

The show sticks out from the others that Christianson has done because of how “fun, wild, and entertaining” it is. Playing General Tom Thumb, she also thinks it is fun to make yourself into a new character.

“My favorite part about playing Charity is playing someone who is a real person,” she said. “I also like playing Charity because she is strong and stands up for women’s rights.”

“Our original location in Taylor, Pennsylvania was sold last April,” Pittman said. “We have been working diligently to create a new environment where young performers can learn and grow as artists.”

These artists include both Snyder and Greenfield, who want people to see the result of all their hard work this weekend.

“People should come and see the show because it would be a great experience for them,” Snyder said. “I can’t think of a show that’s like it. People get to have a fun time while they watch Barnum’s life play out.”

“They should also come to see the show because everyone has worked very hard to put together a great show,” Greenfield added. 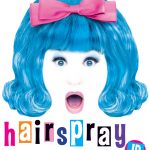