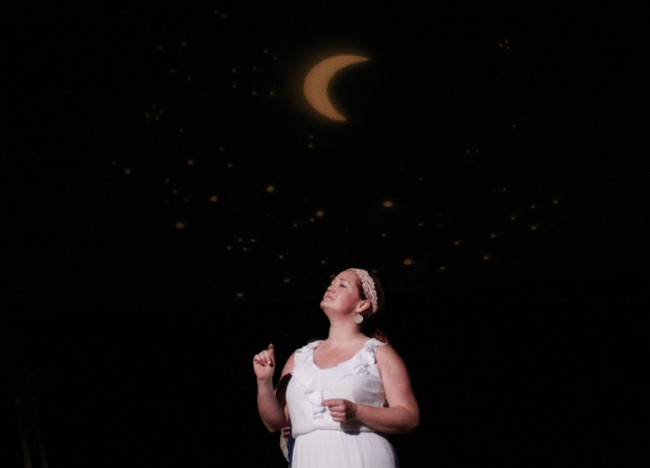 In 2018, the New Vintage Ensemble production of Thornton Wilder’s “Our Town” made its debut at the Scranton Cultural Center at the Masonic Temple to rave audience reviews. This fall, the local theatre group will return to the stage with a revival of this American theatre classic in their signature style of reinvention.

The NVE will present its reinvented production of “Our Town” (by special arrangement with Samuel French) as part of this year’s Scranton Fringe Festival, the first time they’ve remounted a play they’ve previously staged. Performances will run Thursday, Oct. 3 through Sunday, Oct. 6 at the Scranton Cultural Center’s Shopland Hall.

“We originally performed ‘Our Town’ last year in celebration of the play’s 80th anniversary,” said ensemble member Mandy Pennington, who will also be joining the cast as Simon Stimson. “It was such a beautiful run, and we received great feedback from audiences. The Scranton Fringe Festival is the perfect place to revive our unique take on this classic.”

The Pulitzer Prize-winning play is perhaps one of the most well-known works of American drama and is a staple in English classrooms around the country. When the ensemble explored possibilities for submitting to this year’s Scranton Fringe Festival, they knew they wanted to bring back their interpretation of the familiar work.

“We’ve created a Grover’s Corners like you’ve never seen before, so it’s still very much in the spirit of Fringe,” Pennington said.

The New Vintage Ensemble is well-known throughout Northeastern Pennsylvania for reinventing classic works with its signature production style, taking on acclaimed adaptations of William Shakespeare’s “Hamlet” and Jane Austen’s “Pride and Prejudice.” The ensemble also been an active participant in the Scranton Fringe since the festival’s start in 2015, staging a variety of original works from local playwrights and ensemble members.

Director Conor O’Brien, who also directed the 2018 production and is the co-founder and executive director of Scranton Fringe, notes that, “It has been a goal of the ensemble for quite some time to restage one of its larger works, and I am so grateful that we are accomplishing this with ‘Our Town,’ an incredibly lovely work that I think will appeal to fans of the classic as well as those unfamiliar with its charms.”

Audiences can expect a dynamic production that turns the “Our Town” many experienced in the classroom into something completely new. Reviews of the 2018 production called it “a must-see,” “brilliantly staged, wonderfully acted,” and said that audiences “loved the new interpretation of the play.”