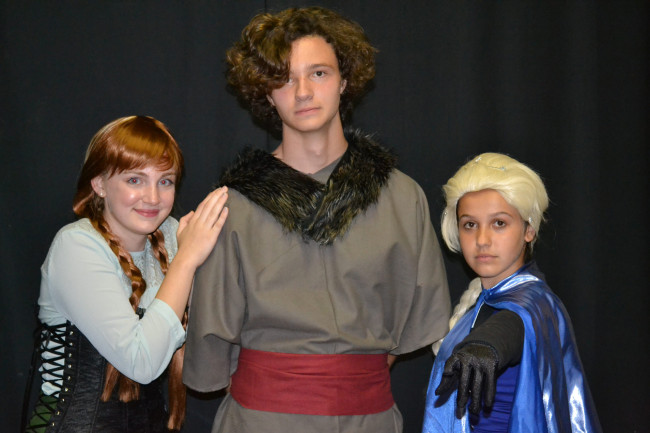 The cold doesn’t bother Act Out Theatre Group. Disney’s “Frozen Jr.” is coming to the Dunmore stage on weekends from Friday, Oct. 11 through Sunday, Oct. 20.

Disney’s “Frozen Jr.” is a truncated version of the hit Broadway musical based on the 2013 animated fantasy movie. It follows two sisters, Elsa and Anna, as they rediscover the value of family.

There are two casts to Disney’s “Frozen Jr.,” with 40 young performers ages 4-14 from Luzerne and Lackawanna counties.

Kalen Churcher of Plymouth is the show’s director.

“We wanted to give all the children who were interested in being a part of the show a chance to shine on stage,” Churcher said. “That’s why we split the show into two separate casts. There is so much energy and excitement throughout theatre.”

Alaina Scassellati of Jessup plays Anna, the princess of Arendelle, from Oct. 11-13. Alyse Miller from Shavertown plays the role from Oct. 18-20.

“The most challenging aspect of the show is learning and remembering the dance numbers and blocking,” Miller said. “In addition, I feel that only having practice once a week has been a bit challenging. I wish we had practice every day because I love the show and the other cast members so much.”

Participants were able to participate in a once or twice a week rehearsals.

“Frozen was a movie that I really enjoyed when I was younger,” Kulenich said. “So it’s really cool that I get to be apart of it.”

Kulenich plays Elsa, the queen of Arendelle, from Oct. 11-13. This is her fourth show at Act Out Theatre Group, adding that remembering all of her lines and hitting some powerful notes are the most challenging aspects of the role.

Sarah Pugliese from Wilkes Barre Township plays Elsa from Oct. 18-20. Also not a stranger to the Act Out stage, Pugliese said the role is different from other characters she’s played in the past.

“Elsa is more serious and is a character that is feared by people for part of the show,” she explained.

“In my opinion, the most challenging aspect of this show is acting your character,” Graham said. “Each character has their own distinct prominent personality that has to be replicated near flawlessly.

“It is extremely fast-paced, and there are not a lot of rehearsals.” he continued. “It’s not a show where you can be lazy. You have to really work hard and practice as much as possible.”

The show has several siblings in the cast – Charlie and Clare Grenevich from Kingston, Giada and Evangeline Gowden from Moosic, Penny and Lucy Lane from Clarks Green, and Isaiah and Jacob Ortiz from Dunmore.

Tickets are $15 for adults and $10 for students and seniors at the door. There are school performances on Wednesday, Oct. 16 at 10 a.m. and noon. Individual tickets are being sold for the noon performance. Tickets can be reserved by visiting actouttheatre.com.

The Act Out Booster Club is hosting a bake sale in the theater’s lobby as well as a “Build da Snowman” fundraiser.

“Everyone should see this show because it’s a beautiful tale of sisterly love and devotion,” Miller said. “So many people think of ‘Frozen’ as a show for kids, but truly it’s for all ages – the story and the music are both fun and full of emotion.” 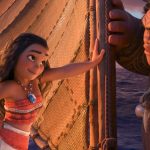