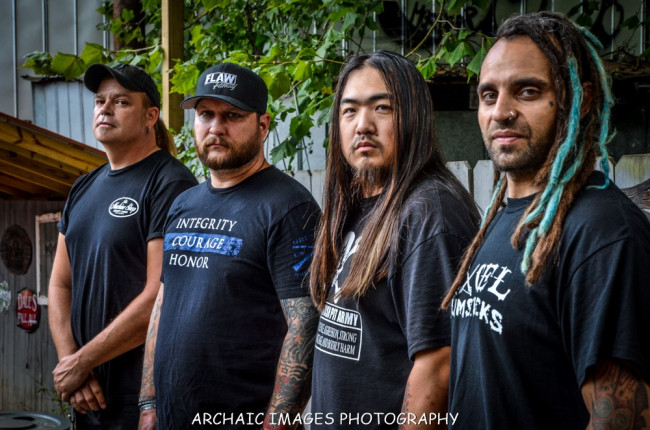 Kentucky metal band Flaw, who released two major label albums during the popular nu metal era of the early 2000s, will return to Stage West in Scranton on Thursday, Feb. 20, 2020 with special guests Gabriel and the Apocalypse and Jump the Fall.

Exeter heavy metal band Royal Hell will open the show. Flaw previously visited Stage West on April 16 with The Mendenhall Experiment, Black Water Rising, and Royal Hell just a few months before the release of their latest album, “Vol IV: Because of the Brave.”

Ask anyone who has ever been in a band and they’ll tell you that being in a band is hard. Making it work for 20 years? That is really, really hard.

That has certainly been the case for the once Louisville, Kentucky-based metal band Flaw. The group has seen multiple lineup changes over the years, but the core of Chris Volz’s vocals has remained as the creative driving force and is poised to reemerge on the strength of their finest set of recordings to date. The band signed a deal with Pavement Entertainment and released “Divided We Fall” on Aug. 19, 2016, followed by their most recent release, “Vol IV: Because of the Brave,” on July 19, 2019.

Flaw’s story began with the independent release of homegrown albums “American Arrogance” (1996), “Flaw” (1998), and “Drama” (2000). It was the songs on these recordings that garnered the attention of Universal Republic Records, who signed the band and released their breakthrough album “Through the Eyes” in 2001. The offering topped the Billboard Heatseekers chart, largely fueled by the singles “Payback” and “Whole.” They followed it up with an album entitled “Endangered Species” via Republic in 2004, but soon after, the band went through personnel changes and ended their relationship with the label.

Volz stayed creative, releasing a critically acclaimed solo record and touring aggressively with the band Five.Bolt.Main. Flaw’s tumultuous relationship with themselves and their label was reflected in their music. It was the life and energy captured in these songs that propelled the band forward, and fans’ connection to these songs helped the group carry on.

“We would not be where we are today without our hardcore fans,” Volz said. “The Flaw Family is the backbone of everything we do, and we cannot wait to get out and tour in support of this new record.”

Flaw is now reemerging on the strength of renewed focus and energy, which is displayed in singles like “Divided We Fall” and “Live and Breathe,” a vessel of raw human experience and emotion.

Just days before the release of their most recent album, “Vol IV: Because of the Brave,” Flaw filmed an appearance on “The Late Show with Stephen Colbert” for a skit after Colbert featured their crowdfunding campaign for a new tour van. They ended up getting some new wheels from Colbert himself and shut down 53rd and Broadway in New York City to film a music video for the first single, “Conquer This Climb.” Flaw can accomplish great things, and their fans are poised and ready to answer the call.

“I want to say a special thank to all of the hardcore fans and grassroots fans that have been with us for almost the past 20 years,” Volz said. “We couldn’t have done any of this without you.”

In 2019 alone, Flaw was on tour all over the United States for a majority of the year, including performances at Metal in the Mountains, Blue Ridge Rock Festival, and a headlining slot at the Vet-Traxx Festival in California honoring military veterans. 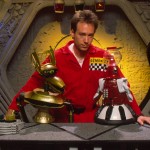