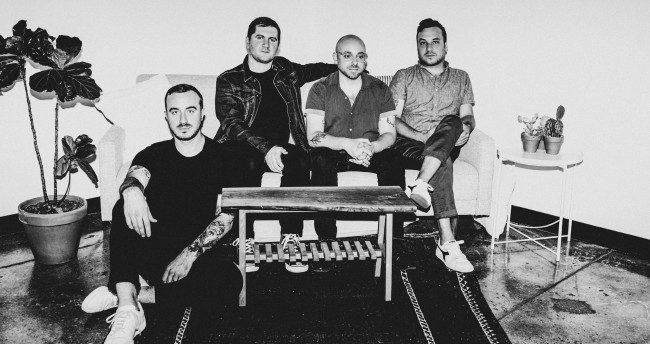 The coronavirus pandemic has forced musicians to rethink how they do things, from live streams to parking lot and drive-in shows, but only The Menzingers have rethought an entire album.

The Philadelphia-by-way-of-Scranton punk band announced this week that they’re releasing a brand new version of their 2019 album “Hello Exile” that strips down and reimagines the structure of each of the 12 tracks. All four members recorded their parts separately in quarantine, so it is appropriately titled “From Exile,” set for release digitally on Friday, Sept. 25 and on vinyl on Friday, Nov. 13 via Epitaph Records.

For local fans, the Gallery of Sound is offering an exclusive vinyl pressing in “Coke bottle clear with black smoke” at galleryofsound.com. This record comes autographed and is limited to only 500 copies.

Vocalist/guitarist Greg Barnett shared the story behind the album on social media yesterday:

March 14th, 2020 we played our last show for the foreseeable future at The Croxton in Melbourne, Australia. We were only just getting our feet wet, touring in support of our latest album, “Hello Exile,” before we had to pull the proverbial plug on the entire cycle due to COVID-19. The show was surreal – everyone in the room knew it was the last time we’d be able to gather like this for a long time, and with the world unraveling by the minute… well… we had ourselves one last good time.

The tour was cut short, and we flew home the next day on the first flight back to Philadelphia. After 25 hours of travel, we all entered our respective homes and dimmed the lights. The United States was not the same as how we’d left it. To put it bluntly, the shit had hit the fuckin’ fan. While we were beyond lucky to have our health intact, the live music industry vanished before our eyes, and just like that we were out of work like tens of millions of others. As the weeks progressed, the upcoming tours got rescheduled, then rescheduled again, then effectively cancelled. There were times when it all felt fatal. There’s no guidebook on how to navigate being a working musician during a global pandemic, so we were left to make it up as we went along. We wanted to document and create in the moment, and though we couldn’t be in the same room together due to social distancing lockdowns, we got creative.

We came up with a plan to rerecord Hello Exile acoustically from separate locations. We would track the songs from our own home studios, share the files via Dropbox, and pray it all made sense when pieced back together. Initially, we planned for the album to be similar to our acoustic demo collection “On the Possible Past,” but we quickly found out that this batch of songs benefited from more detailed arrangements. So we got to work. We rewrote and changed keys and melodies. We blended analog and digital instruments in ways we never had before. We dug through old lyric notebooks and added additional verses. We got our dear friend Kayleigh Goldsworthy to play violin on two songs. No idea was off limits. Hell, I even convinced the band to let me play harmonica on a song (no small feat!). The recording process ran from mid-March till June, and upon completion, we sent it over to our dear friend and close collaborator Will Yip to mix and master. Like always, he did an amazing job bringing our vision to light, and we can’t thank him enough for all his hard work on this project.

Even though “Hello Exile” was released before the pandemic in October 2019, the amount of foreshadowing the albums subject matter has to this particular moment in time is truly something. Additionally, rewriting and recording it while the country was in full-blown lockdown certainly gives these songs new meaning and identity. So here it is, our reimagined version of “Hello Exile” aptly titled “From Exile.” 12 songs recorded in our bedrooms, basements, and attics while in isolation. Rewritten and recorded during the early lockdown months of COVID-19. Stay safe, and we’ll see you on the other side of this.

In June, The Menzingers released a timely alternate version of the opening track, “America (You’re Freaking Me Out),” in response to the Black Lives Matter movement. All proceeds from the track were donated to community bail funds and Campaign Zero, which calls for police reform.

This week’s news also came with an updated bio for the Scranton natives:

Since forming as teenagers in 2006, The Menzingers have shown their strength as rough-and-tumble storytellers, turning out songs equally rooted in frenetic energy and lifelike detail. To date, the band has released six studio albums, with their most recent, “Hello Exile,” released October 2019. Produced by Will Yip (Mannequin Pussy, Quicksand), “Hello Exile” sees The Menzingers take their lyrical narrative to a whole new level and share their reflections on moments from the past and present: high-school hellraising, troubled relationships, aging and alcohol, and political ennui. With the band achieving that soul-baring intimacy all throughout the album, “Hello Exile” emerges as The Menzingers’ most emotionally daring work to date, with Fader calling the album “The Menzingers’ greatest statement on adulthood to date.”

The Menzingers’ last show in Northeastern Pennsylvania was an acoustic set at the Gallery of Sound in Wilkes-Barre last fall to celebrate the release of “Hello Exile.” Soon after, they decided to take a break from their annual Holiday Show at the Scranton Cultural Center and plan something special for 2020, but then the pandemic put the entire music industry on hold.

As Barnett and fellow vocalist/guitarist Tom May noted on Oct. 6 during their Gallery of Sound show, they always enjoy coming back to the area, seeing family and friends, and writing songs that reflect NEPA’s past and present. 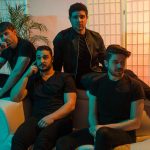