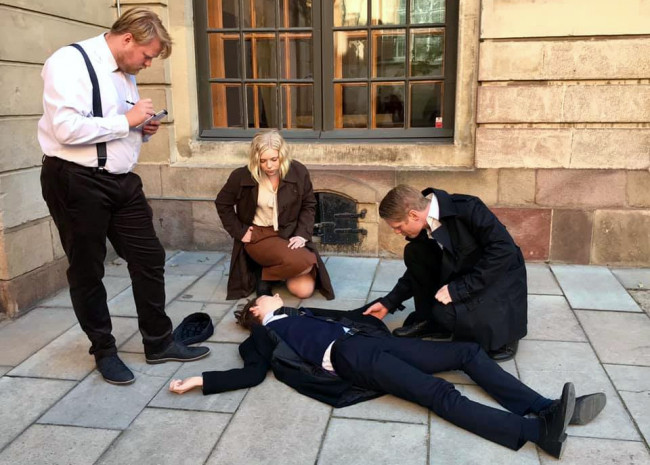 For the past year, you’ve been cooped up inside watching movies and television shows about serial killers. Do you think you have what it takes to catch one?

“The Scranton Ripper” is a local spin on a detective adventure created by CluedUpp Games that is played outdoors all over the world.

The words “The Ripper” strike fear into the heart of every detective. Now it seems that a new Ripper is on the loose and three men have already been murdered.

On Saturday, April 24, teams of detectives will scramble across the Electric City to solve the clues and crack the case before the Scranton Ripper strikes again. The mystery unfolds virtually via an award-winning app, so the game is self-guided. Players will interrogate virtual witnesses, find clues, solve puzzles, and complete challenges to unravel the mystery and save the town.

CluedUpp detective days are like giant outdoor escape rooms or murder mystery events on a much larger scale. Teams can be made up of two to six players. At least one smartphone is required, and detective-inspired costumes are optional but encouraged to add to the fun.

The game starts anytime between 9 a.m. and 2 p.m. at a secret start location to be revealed. The average team takes about two hours to close the case.

Tickets, which are $51 per team (up to six adult detectives), are on sale now at cluedupp.com. Get 20 percent off today by using the promo code AC20.

Children under 16 can play as extra for free, though the game is not designed to be played or solved by kids on their own.

Prizes will be awarded for the fastest team, best fancy detective dress, best team picture, best team name, best young detective (for those under 16), and best K-9 (for dogs).

For COVID-19 safety, the game is entirely outdoors, and tickets sold will be strictly limited. Teams will start in different locations at different times, and the only people that players will be close to will be their own teammates.

CluedUpp Games is an award-winning independent games studio that specialists in creating unique outdoor adventure games. Their mission is to create amazing outdoor games that connect families, friends, and colleagues in innovative ways.

Formed in December of 2016, the British studio has seen over half-a-million players participating in its city-wide events, with games happening in more than 40 countries worldwide. Their flagship product, “CluedUpp Detective,” is a crime-solving adventure game.