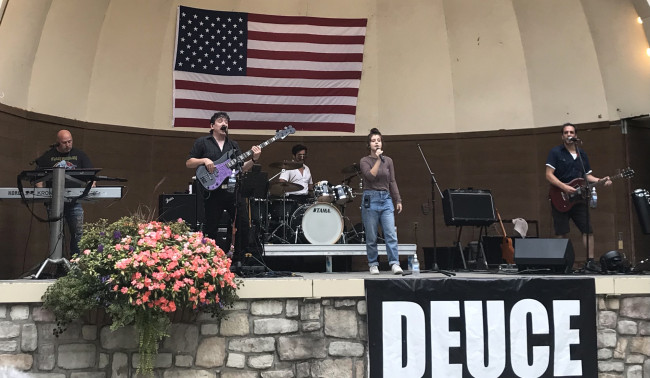 Over the last nine years, Berwick singer and musician Rose Ostrowski has been using her unique voice to entertain Northeastern Pennsylvania and aid charitable causes, including fundraising for the Cystic Fibrosis Foundation. Over that period, she has been building an impressive reputation performing at a variety of venues throughout the region while still attending high school.

Typically known as a solo act, Ostrowski contemplated the idea of singing in a band, but the opportunity just hadn’t been there. That all changed in mid-July when the young artist had an impromptu audition to temporarily fill in as the frontwoman for the Mount Carmel-based cover band Deuce.

Playing a variety of rock and pop songs from the 1970s through today, Deuce has been in and around the local music scene for decades, producing high-quality professional shows for nightclubs, weddings, private parties, and special events. Although some band members have rotated over the years, the core of the group has remained with brothers Jim Oakum and Bill Adams.

Stephanie Kazda has been the frontwoman of Deuce for the last couple of years, but after finding out earlier this year that she was going to become a mother, she decided to take a break from the spotlight and focus on the remainder of her pregnancy and the birth of her baby girl. That is what helped open the door for Ostrowski to fill in and close out the year.

“I was nervous about it and wasn’t sure what I wanted to do at first, but when I first met them all, they gave me a good vibe. All of the guys are great, and they are really excellent and experienced musicians. From day one, I felt like I was part of their family.”

Their first set of shows together recently took place at Knoebels Amusement Resort in Elysburg. Their next concert is slated for Saturday, Sept. 4 at the Tower Porter Old Home Week Carnival (1 Midway Rd., Tower City). Deuce will play acoustic from 1 p.m.-4 p.m., then the full band will take the stage from 6:30 p.m.-10:30 p.m.

Ostrowski has been been playing piano, recording, and performing since the age of 8. What was originally just for fun grew into an ongoing project to raise awareness for cystic fibrosis. Her first single, a cover of The Beatles’ “Let It Be,” was released in 2012. Earlier that year, her cousin Camillia Stiller passed away at only 21 years old due to complications from the disease. From day one of the song’s release, Ostrowski and her family decided to donate all of the proceeds to the CF Foundation, which is determined to find a cure and hosts multiple fundraisers across the nation to raise money for research.

Ostrowski started her own “Adding Tomorrows” tour to continue raising money for the foundation. Held annually from September through February, this trek typically kicks off at the Hard Rock Cafe in Nashville, Tennessee and continues with a total of 10-12 shows across area shopping malls. Her seventh annual solo schedule was supposed to be released in late July but has been put on hold due to COVID-19 restrictions that are still in place by the management of the majority of shopping malls within the state.

Her entire schedule with Deuce can be viewed at deuceband.net. 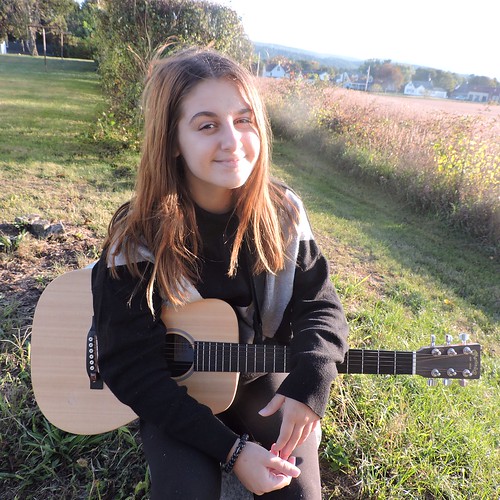