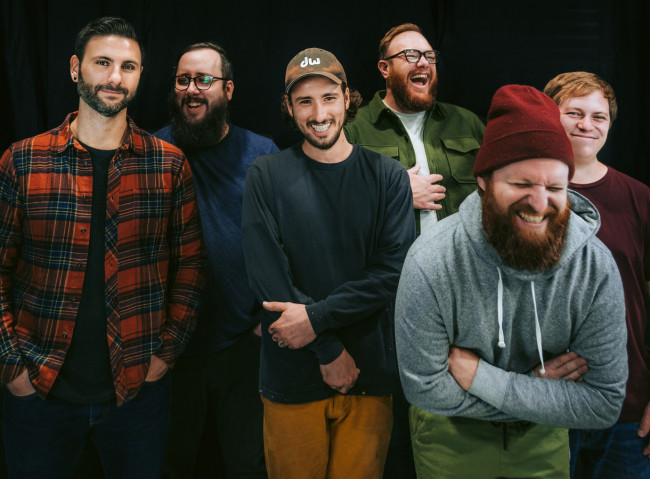 It was announced this week that Philadelphia pop punk band The Wonder Years will be back at the Sherman Theater in Stroudsburg on Thursday, Dec. 9.

They previously played at the Sherman in 2016 with Real Friends, Knuckle Puck, Moose Blood, and Seaway. Opening acts for this show are TBA.

The group formed in 2005 in Lansdale, and their six studio albums are loved by critics and fans alike. Their live shows are awash with a genuine emotional energy that only The Wonder Years can pull out of a room.

Their latest album, “Sister Cities,” was released on April 6, 2018 via Hopeless Records. It is a collection of testimonials on love, loss, and finding commonalities in the human experience despite cultural differences, focusing on the way that all of the distance between people may not be as wide as they think.

Produced by Joe Chiccarelli (Manchester Orchestra, Morrissey, The Strokes), the record expands on the band’s unique brand of emotional rock that has gained them a massive cult following since their 2007 debut “Get Stoked on It.” “Sister Cities” is the follow-up to 2015’s “No Closer to Heaven,” an album that debuted at No. 12 on the Billboard Top 200, No. 1 on the LP Vinyl Albums Chart, and went on to sell over 45,000 units in the U.S.

Their 2013 album “The Greatest Generation” also debuted in the Top 20 on the Billboard Top 200, and the band has been seen on the cover of Alternative Press magazine and featured on Rolling Stone, MTV, Fuse, LA Weekly, Newsday, and The Independent.

More recently, in celebration of the 10-year anniversaries of 2010’s “The Upsides” and “Suburbia, I’ve Given You All and Now I’m Nothing,” The Wonder Years put together a comprehensive four-LP box set complete with new art from the original artists Mitchell Wojcik and James Heimer, new songs in the style of the original recordings, B-sides, demos, and a 32-page book filled with essays, original illustration sketches, and never-before-seen photos.

Tickets, which are $25 in advance or $28 at the door, go on sale this Friday, Oct. 15 and will be available at the Sherman Theater box office and online via shermantheater.com and Etix.