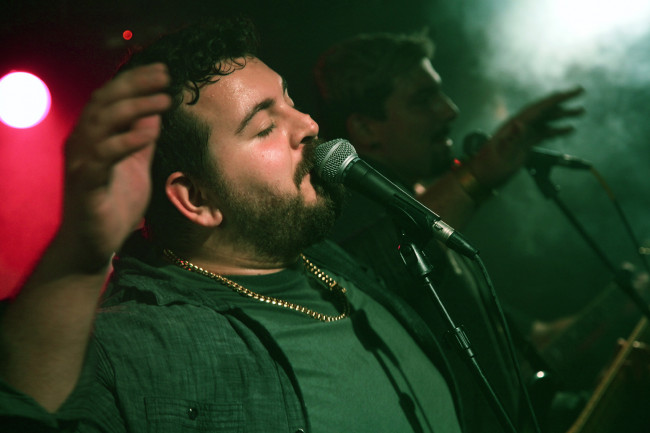 After building anticipation for months, releasing singles one by one, The Maguas debuted their full five-song EP “Evergreen” today as well as a new music video for the opening track, “Sour Hands.”

The emo-leaning alternative rock outfit once again teamed up with director Alex Zarek to create a stunning video performance that pays loving tribute to the people they’ve lost on their way to this point.

“‘Sour Hands’ holds a very special place in our hearts as a band. It was one of the first songs presented to the band when writing this record and an immediate, unanimous yes when deciding songs for ‘Evergreen,'” the band noted in a group statement about the emotional song.

“‘Sour Hands’ has a completely different provenance – it’s a very personal song, especially for our drummer, Brandon [Ossont]. Brandon wrote ‘Sour Hands’ about a conversation with his grandfather before he passed away. It’s a very cathartic song that is both heartbreaking and therapeutic in a way, and we are beyond excited to finally be able to share it with you all.”

Emotions will likely be running high tonight as The Maguas play “Evergreen” in full at a hometown record release show at The Railyard (119 Jefferson Ave., Scranton) with their tourmates Dear Youth, a Canadian pop punk band, as well as Scranton indie pop rockers Modern Ties, followed by an afterparty DJ set with The Yard After Dark. Doors open at 8 p.m., and the music starts at 8:45 p.m.

“As we reflect upon our time as a band and prepare for our record release show at The Railyard, we could not be more thankful to be able to share this moment with you all. There’s always something so amazing about returning to our hometown and performing in front of some of our closest friends and family. Friday is going to be a very special day. We cannot wait to experience it with you,” they said.

The six-track, self-produced record was a demonstration of the collective’s unique songwriting capabilities, boasting songs written by each member prior to their coalescence. The notable exception, however, was “Funeral.” The closing track brought them back together for an anthemic display of their heavy pop punk power, which soon accentuated performances alongside the likes of Forever Came Calling, Assuming We Survive, and We Were Sharks.

Partnering with producer Nik Bruzzese (Man Overboard, The Wonder Years), The Maguas set to work on their sophomore release in early 2020. “One of Us Is Lying” dropped later that year, quickly garnering significant traction within the music scene and earning them recognition from an array of outlets, including Alternative Press, New Noise Magazine, NEPA Scene, and The Popko Project.

Following in the footsteps of anthem-making emo rockers of the early 2000s such as Jimmy Eat World, Bayside, and My Chemical Romance, The Maguas have embraced a blend of alternative rock, power pop, and pop punk that tugs at your heartstrings. With their emotional songwriting; melodic, moody, lyrically-driven anthems; and theatrical vocals, they have created a breathtaking sound that comes across as novel and invigorating, yet profoundly nostalgic and wistful.

Again working with Bruzzese, the quintet set forth on their third iteration with a solid foundation underfoot, diving deep into dark and vulnerable lyrical thematics to advance their signature emo sound. Following the successful release of their first single of 2021, “Drifter,” on Aug. 27, the band shared the second single, “Shapeless,” on Sept. 28 and the third, “Release Me,” on Nov. 5, all with high-quality music videos directed by Zarek with lighting design by Brian Olivo.

In the fall, The Maguas embarked on an East Coast tour with pop punk bands Dear Youth and Outatime, which stopped at The V-Spot in Scranton on Oct. 15. This year, they also performed alongside Secondhand Serenade, The Spill Canvas, Kulick, Don’t Panic, The Dangerous Summer, Braden Barrie, and Rain City Drive, among others.

Now that “Evergreen” is on all major streaming platforms, they can end 2021 on another high note.

“It’s hard to believe we’ve made it to this day. It feels like just yesterday we were siting down for the first time in the Gradwell House [in New Jersey] sharing these songs with Nik Bruzzese and wondering just how far we could take this story. What emerged from that session with Nik was a beautiful, heartbreaking record that perfectly painted and captured a specific, yet very special moment in time – a moment of pain, sorrow, and anguish that was so beautifully turned into a cathartic release of emotion in five brand new songs,” the group posted on social media.

“Thank you for believing in us. Thank you for making this the best year yet. Thank you for coming out and supporting us every step of the way. We are so grateful and we cannot express enough how much you mean to us. We love you all. Welcome to ‘Evergreen.'” 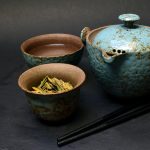