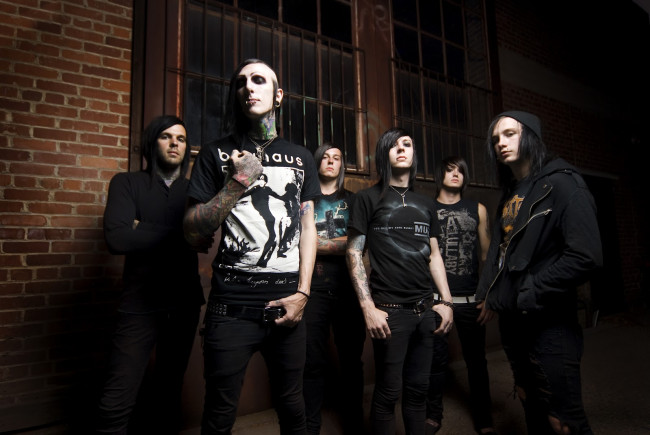 Singer Chris Cerulli has always been ready for fame. Ready or not, however, not even he could have predicted that his band Motionless In White would blow up across the country as quickly as they have.

Starting out as a local cover band in 2005, the Scranton/Wilkes-Barre-based metal/screamo group worked tirelessly to find their own voice through two original EPs and stints on the Vans Warped Tour. After finding management with The Artery Foundation, who also manage The Devil Wears Prada and A Static Lullaby, they signed with Fearless Records in December of 2008.

It wasn’t long before the band was named one of Alternative Press’ “Bands You Need to Know,” and they were recently declared one of the “Bands to Watch” by Revolver Magazine. Even horror movie publications, such as Rue Morgue, Fangoria, Bloody Disgusting, and FEARnet have recognized them for their horror and gothic influences, which have only increased their popularity in that ever-growing subculture.

Motionless In White just released their debut album, “Creatures,” earlier this month on Oct. 12, and after touring relentlessly for over seven months this year, with more shows planned in November and December, the band’s frontman hasn’t let himself get overwhelmed by the attention.

“I wouldn’t exactly say I expected it. We wanted it, for sure. … When I started the band, I didn’t want to just do the band as a hobby; I wanted to play music for as long as I could,” Cerulli explained.

“Within the past year-and-a-half to two years is when everything has gotten crazy. Like I said, we wanted this, so it’s not like it took us by surprise and we couldn’t handle it or anything like that. We were really ready for it, and with everything that’s happening, we’re taking it one step at a time. It’s going well.”

Releasing an album with song titles such as “Cobwebs,” “Undead Ahead,” “London in Terror,” and “Count Choculitis,” with influences such as the Misfits, Cradle of Filth, The Smiths, Eighteen Visions, Bleeding Through, and Marilyn Manson, it comes as no surprise that the band loves Halloween. Cerulli’s affinity for the holiday goes back to his childhood, he said. Being born in October, he always associated that spooky time of year with his love of all things “dark, different, and mysterious.”

While his favorite film of all time is Tim Burton’s “Edward Scissorhands,” which he named the closing song on “Creatures” after, his favorite Halloween films of all time are easily the “Halloween” series.

“The Michael Myers character just scares the hell out of me. I love the movies a lot. I love everything about them. As cliché as you want to call it, I think those movies capture what horror is to me. There’s never been another movie that has outdone that for me,” the Pittston native emphasized.

While he’ll be dressing up as Michale Graves from the Misfits again this year, as he has over the last several years, he’ll be celebrating Halloween in a much different way this time – by playing the second Monster Mosh Music Festival in Frisco, Texas with labelmates The Devil Wears Prada and Whitechapel.

“We’ve never had a show on Halloween that I can remember, and this is going to be the first time that we’re going to play an arena, so that’s going to be pretty sweet. It’ll be a cool new way to celebrate it,” Cerulli noted.

They’ll be playing many songs off their new album, which he feels was a very personal record to write. While he had help from his bandmates on some tracks, he said he wrote most of the 12 songs himself, making it stand out from their previous work.

“You can tell that the influences on this record are a lot different than the EPs because it was just me writing it and not the whole band. That’s why it’s a lot heavier and a lot darker. It’s a reflection of my personal influences and my personal writing style,” he explained.

“It seems that that kind of lyric style is taboo these days. If you write lyrics about how you feel on stuff like that, you get made fun of, but I don’t really care. I just wanted to be honest and write as much as I could coming from me and be honest and sincere about it.”

But it isn’t just his personal experiences or his favorite horror films that he feels most indebted to – it’s his fans. Cerulli not only named the album “Creatures” after the band’s fans, but he let the “creatures” contribute to the song of the same name by asking them to submit lyrics in a YouTube video. Within a week-and-a-half, he received over 300 responses, incorporating as many as he could into the final product.

“I was just really happy to be able to be the person who was going to voice what they were trying to say, what they might not have an opportunity to say to anybody else,” he said.

“I wanted everyone to realize that we acknowledge them for being the reason why we’re still a band, that this record is for them. Without them, we would have been done long ago. It’s a way to get everyone to feel like they just as much a part of this band as we are. It’s how we feel, so that’s how we want them to feel about us.”

Despite seeing the rest of the country for the better part of the year, Cerulli is most looking forward to coming home again in November for their CD release party at Eleanor Rigby’s in Jermyn on Friday, Nov. 26.

“I’m pretty excited to have all the people that I specifically wrote a song about on this record there, all the people that we know that are hometown fans that have been there the longest. It’s really cool to release the record and have a party, so to speak, in our hometown. That’s what I’m most looking forward to after this tour’s over.” 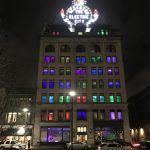 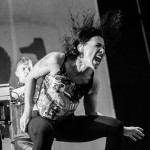