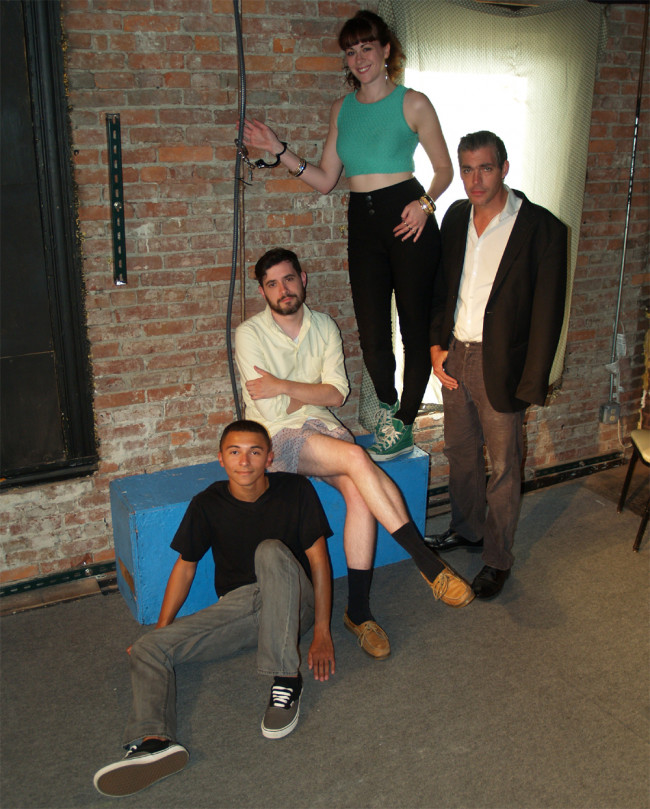 What lengths do we go to recover what is rightfully ours? This question (among many) is examined in “A Behanding in Spokane,” a dark and twisted comedy by renowned Irish playwright Martin McDonagh.

Set in “anywhere U.S.A.,” this piece takes a cruel, albeit intelligent satirical eye to the dark and cutthroat (or behanding, as it were) society we may be quickly becoming (or already are).

Presented by Diva Productions, this dark comedy runs Sept.18-28 at Diva’s new home within the Olde Brick Theatre (126 W. Market St., Scranton). The simplistic, yet well-crafted set serves as our only locale, a rundown hotel room in a non-specified American town.

We are first introduced to Carmichael (portrayed by Conor McGuigan) a bitter, racist, and foulmouthed one-handed man who, despite his many faults, seems to have a compassionate concern for his elderly mother, who is never seen or heard other than via one-sided phone calls. We learn of Carmichael’s missing appendage via a gruesome account of having it forcefully removed by a moving train, thanks to “hillbilly bastards” 27 years prior.

Carmichael has commissioned a young couple named Toby (Terry Thompson) and Marilyn (Jessica McDonough) to retrieve his long-lost hand – by whatever means necessary. Timothy McDermott rounds out the ensemble as the intrusive, unstable, yet endearing hotel clerk Mervyn.

The cast demonstrates the highest of performance ability and depth despite the incredibly challenging material (in subject, tone, and language). Credit belongs to both the playwright and director (Casey Thomas) for bringing to life these four flawed, fragile, and at times repulsive caricatures of the American character. McDermott’s portrayal of the absurd hotel clerk is of note simply for its wide-eyed simplistic approach, which conveys the underlying weakness of this character while balancing near impeccable comedic timing. The only danger Mr. McDermott (and, in turn, the entire ensemble) faced in a few rare moments was allowing too much of the farce to overwhelm the wit of this dark satire.

Strong and concise technical elements, even within the intimate (yet lovely) space of the Olde Brick, added greatly to the flow of this piece, which was presented with no intermission. It was a refreshing and exciting night, for not only was the performance wonderful, it was thrilling that THIS performance was produced within NEPA at all!

When the lights came up on “Spokane,” all who were fortunate enough to still possess both hands could not resist thundering the cast in well-earned applause. I strongly suggest you see the show for yourself firsthand (pun very much intended, and with no regrets)!

Agree? Disagree? If you saw the show, share your views – art can only grow with open dialog!

Stage Walker is an anonymous theatre critic living in NEPA. Opinions are his or her own.