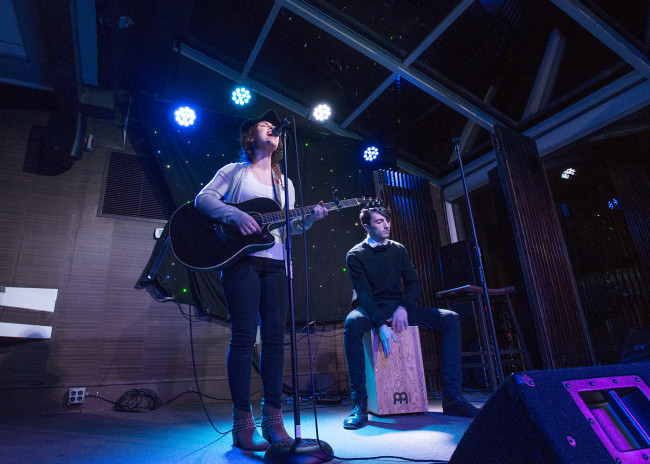 Vocalist/guitarist Kaylin Karr, originally from Alaska, relocated to Tunkhannock and met drummer Nathan Montella at her show at Duffy’s Coffee House in Clarks Summit. They started jamming soon after and immediately connected, but they couldn’t find anyone else that clicked, so they remained a duo.

“We called it ‘Wildfire’ because it’s a self-titled track, and when we met, we just clicked musically and the music creation we had just spread like wildfire between us,” Montella told NEPA Scene.

The album is available to purchase now on iTunes, Bandcamp, and CD Baby and is streaming on Spotify.

The young band has several shows coming up next month, including the NEPA Scene Mid-Winter Showcase at The Woodlands Inn in Wilkes-Barre on Friday, Feb. 27. Dates and locations are listed below.