Just a few days before their Saturday night show at The V-Spot in Scranton, alternative rock party band LondonForce has announced that it will be their last. Anyone who has gone out to dance to live music on a Friday or Saturday night in Northeastern Pennsylvania is familiar with the popular local group, and current […] 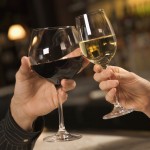