It may seem unusual that Scranton rapper Joey “CrimZn” Cipriano would be hanging out with local metal band Slapjaw in their practice space in the Green Ridge section of the city, but after talking with CrimZn as he jammed with them, it was clear that he’s all about bringing the local music scene together, genres aside.

In the above video interview, CrimZn discusses this scene, staying out of feuds with other rappers and keeping things positive, FiveSeventy Entertainment, putting together his new album independently, and many of his upcoming shows, including one this Saturday, March 21 at Lyrics Bar, Cafe & Music Venue (76 S. Main St., Carbondale) with many other local hip-hop artists.

Listen to a variety of tracks from CrimZn below:

For more info on his latest show, visit the Facebook event page or see the flyer below: 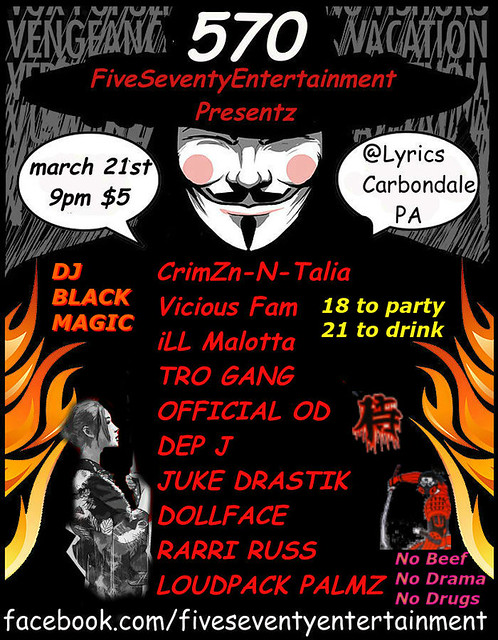