Eight local bands competed last night at The V-Spot in Scranton for an opening slot on this year’s Fuzz Fest and, appropriately, indie/alternative band Jung Bergo earned the most votes to play the alt-rock music festival at The Pavilion at Montage Mountain.

Small Town Titans, Black Tie Stereo, Days in Transit, Hat Sass, Silhouette Lies, Objects to Avoid, and Nowhere Slow were also in the running, so with all that talent under one roof, it was a tight race. Jung Bergo thanked fans for their support via Facebook soon after their win: 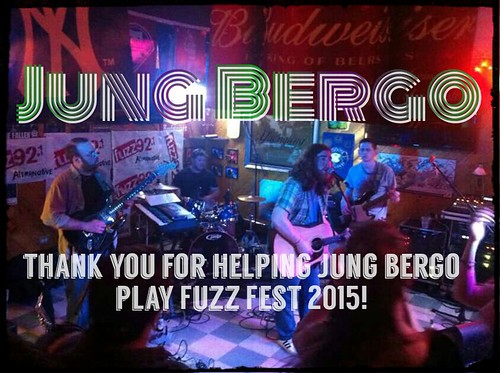 We won!!!! Next week Jung Bergo will be playing Fuzz Fest on June 21st at The Pavilion at Montage Mountain!!! Thanks to Fuzz 92.1, the V-Spot, Magdon Music, and to all of the bands who played and created such a supportive environment! We are totally humbled by this choice! Thank you to our awesome group of family and friends for helping us pull this off, and for your continual love and support.
See you on the mountain!!
Love,
JB

The band will be joining Walk the Moon, Bleachers, Matt and Kim, Andrew McMahon in the Wilderness, The Mowgli’s, and The Griswolds at the third annual Fuzz Fest, hosted by Scranton radio station Fuzz 92.1, this Sunday, June 21.

“This year’s lineup has truly blown me away. There are some awesome bands coming to NEPA that our audience has seen in a variety of different places, but never on the same bill on the same day. Walk the Moon has the biggest song at alternative radio, and was one of the first bands to step into our radio theater a few years ago. To be able to bring them back to headline is a huge honor for us. Couple them with Bleachers, one of the biggest bands in alternative radio right now, and you already have a show that people will be clamoring to see,” WFUZ PD/Brand Manager Tom Ferguson said in a press release.

“Add in the incredible live performance that Matt and Kim provide, the solid and exciting supporting acts of Andrew McMahon in the Wilderness, The Mowglis, and The Griswolds, and you’ll be hard-pressed to find an excuse not to come up to the beautiful facility at The Pavilion at Montage Mountain. We are incredibly excited to once again bring an amazing alternative music festival to NEPA.”

Listen to a playlist of songs from Jung Bergo below: 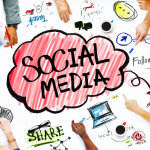