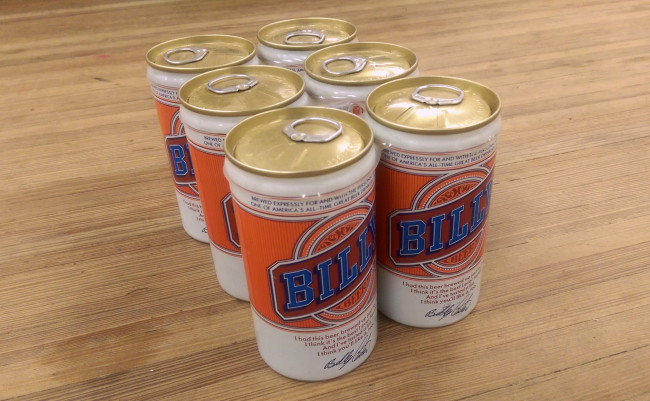 When I uncover Billy Beer in an estate, I find it as it is pictured above: unbroken, unopened, and unconsumed. I laugh and imagine a scene in which a fading man, lying in his deathbed and gripping his wife’s hand, hoarsely delivers his final instructions, among which include, “Remember, if you need more money, you can always sell the Billy Beer.” This alliterated contingent collectible is usually carefully stashed away – wrapped and stored so as not to collect dust or cultivate rust – so that when it is brought forth from its vault on that rainiest of days, its condition could be considered nothing less than mint.

What is Billy Beer?

In July of 1977, Falls City Brewing Company of Louisville, Kentucky began producing a brew called Billy Beer, a brand centered around Billy Carter, the younger brother of then President Jimmy Carter. Upon each can was printed this promise:

Brewed expressly for and with the personal approval of one of AMERICA’s all-time Great Beer Drinkers – Billy Carter.

I had this beer brewed up just for me. I think it’s the best I ever tasted. And I’ve tasted a lot. I think you’ll like it, too. (signed) Billy Carter

Despite this rousing testimonial from a hack of a sot, Falls City announced that it was shutting down in October of 1978. Billy Beer was finished. Soon after production ceased, some asshole in Chicago took out newspaper ads offering to sell Billy Beer for $1,000 per six-pack. Then the same asshole took out different ads offering the same six-pack for the bargain price of $200. These shenanigans inspired speculators around the United States to purchase (at asinine prices) and cache at least one can, if not a six-pack or a whole case.

So what’s it worth?

The myth of Billy Beer’s worth was born of a con man’s scheme, one which looked to bilk people hoping to make an investment in an abundant novelty. The legend of its rarity and extreme value persists to this day.

But Billy Beer is not rare. Some estimates have put production as high as 2,000,000,000 (that’s two billion) cans. There’s no way that most of those cans were drunk, because according to my late grandfather, Billy Beer was akin to drinking “mule piss with bubbles in it,” but even he kept an unopened can on a shelf just in case it might be valuable one day… just like thousands of other misinformed Americans.

So what is Billy Beer worth? Virtually nothing. (I say “virtually” because a can is at least worth the scrap price of aluminum.) While most people these days understand that Billy Beer is and never was valuable, there are some who will never let die the dream of hitting it big by selling a can of beer branded after the loser brother of a one-term president who preferred Pabst Blue Ribbon over the brew with his name on it.

P.S. I wonder what Mr. Warren would recommend pairing with Billy Beer… 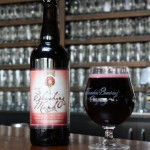