Located at 460 Green Grove Road in Scranton, Reaper’s Revenge has always gone above and beyond the average haunted hayride to create a terrifying experience akin to being trapped in a horror film (several horror films, actually), so it makes sense why they would hire Rogues Hollow Productions to produce their new trailer.

Rogues Hollow has made commercials and trailers for Pennhurst Asylum, Rob Zombie’s Great American Nightmare, Alice Cooper’s Nightmare, and other major haunted attractions across the country, adding Reaper’s Revenge to their portfolio in 2015.

Reaper’s Revenge describes the whole horrifying experience of the attraction on its website:

Board the Haunted Hayride to begin your journey into the woods, but don’t get too comfortable – you’ll have to leave the safety of the wagon to enter the Lost Carnival, filled with the souls of sideshow freaks and deranged midway clowns. Make your way through the Tunnel of Love and venture next into Pitch Black, an indoor maze where you are robbed of your sight. Use your sixth sense to make it to the end, but be prepared, because the outside world isn’t the same as when you first entered. Out in the moonlit post-apocalyptic wasteland is Sector 13, a horrifying maze populated by the ones who weren’t as lucky as you.

FOX56 WOLF-TV featured Reaper’s Revenge in its “Haunted Discovery” series last year. The segment can be watched below: 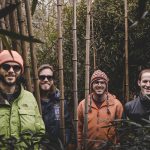