Located in the tranquil, peaceful town of Palmerton, Pennsylvania sits an unassuming nightmare that will leave you in a state of pure shock, questioning how such a haunted house could scorch your psyche. This nightmare will leave you second-guessing your sanity, will expose your innermost fears, and will change your entire perspective on what a […]

From a press release: LEGOLAND Discovery Center Philadelphia has announced the grand opening of the new attraction will be on Thursday, April 6 after a morning of festivities at the Plymouth Meeting Mall. Mayor of Philadelphia Jim Kenney was present for the announcement on Thursday to reveal the first Philadelphia landmark – Liberty Place – […]

From a press release: LEGOLAND Discovery Centers, unique indoor attractions based on the popular LEGO brick, will begin construction next summer on LEGOLAND Discovery Center Philadelphia at Pennsylvania Real Estate Investment Trust’s Plymouth Meeting Mall. The 33,000 square foot attraction will be a premier destination for adults and children when it opens at the center […] 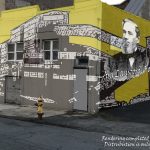