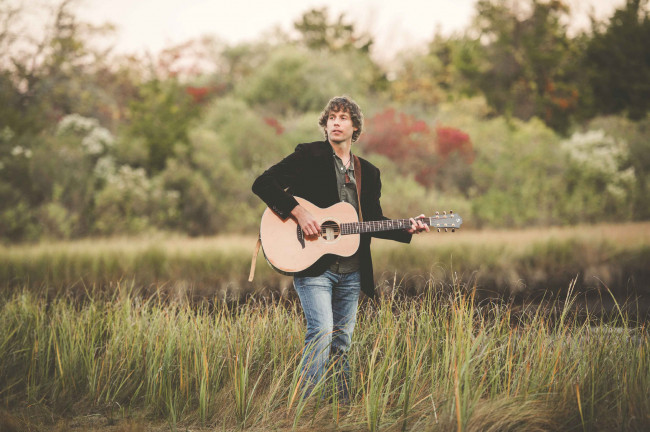 Americana singer/songwriter Jesse Terry has been added at the F.M. Kirby Center’s ongoing “Live from the Chandelier Lobby” concert series and promises to awe Wilkes-Barre audiences with his emotional, lyrical depth on Friday, May 27, 2016 at 8 p.m.

Terry has an uncanny ability to weave tales of travel and homecoming, of sorrow and redemption, into songs that are simultaneously timeless and fresh. Home is now the coastal village of Stonington, Connecticut, but Terry’s music reflects an amalgam of influences, from Nashville to Laurel Canyon. His melodic and lyrically-driven Americana fits naturally on a playlist between cuts from Jackson Browne, Ryan Adams, Josh Ritter, and Neil Young.

2015 has been an especially big year for Terry, including performances at Bonnaroo, where he shared the stage with the likes of Gregory Alan Isakov and Guster, and at the legendary Philadelphia Folk Festival, whose headliners included Lyle Lovett, Arlo Guthrie, and North Mississippi All Stars. The grand prize winner of the John Lennon Songwriting Contest and the CMT/NSAI Song Contest, Terry has garnered worldwide acclaim, including the elite honor of performing for U.S. and NATO troops stationed at Thule Air Base in Greenland and an official endorsement by Stonebridge Guitars International.

The buzz over Terry continues to build, with tours bringing him from coast to coast and across oceans to the U.K., Italy, the Netherlands, and New Zealand. His music has appeared in CW’s “Hart of Dixie” and PBS’s “Roadtrip Nation.” Earlier this year, ABC used “Stay Here with Me” for its series “Forever.” Person by person, state by state, country by country, his fans, supporters, and colleagues have grown exponentially in the past few years. A gentle warmth runs through Terry’s voice, and his lyrics, while grounded in wisdom acquired through years on the road, offer up hope for a kinder tomorrow.

“I have been a fan of Jesse Terry since the first time I heard him. He’s a humble ‐ and humbling ‐ talent,” said Tony Arata, singer/songwriter and 2012 inductee into the Songwriters Hall of Fame.

“As a young artist, Terry would fit right in with the songwriters of the 1960s and ’70s. Listening to his music, it’s easy to imagine hearing his songs on the radio in between cuts by Bob Dylan, James Taylor, Jackson Browne, and Joni Mitchell,” Jay Smith of Pollstar commented.

“‘Stay Here with Me‘ is the kind of album that defines what the ablest singer/songwriter ought to aim for – that is, a set of songs tendered with heartfelt emotion and powered by earnest ambition. The melodies ring with instant accessibility and a clear connection, conveying a brilliance and clarity that most veteran artists still strive for,” Lee Zimmerman of No Depression noted.