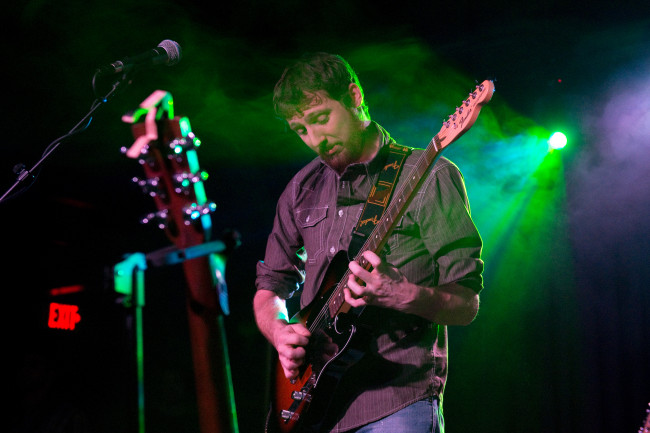 On Saturday, May 28 at 8 p.m., Harmony Presents showcases one of Northeastern Pennsylvania’s favorite folk, bluegrass, and blues virtuoso guitarist and songwriter Michael Mizwinski (MiZ) and his band at the Hawley Silk Mill in Hawley.

“Michael Mizwinski’s sound is directly impacted by the coal mining region of Pennsylvania. His songs evoke the rustic tones and imagery you would expect from the region and its cultural heritage,” says Jill Carletti, managing director of Harmony Presents.

“For this show, MiZ will be playing with members from the full band. Previously, we’ve had solo and duo shows with MiZ but, this time, more instrumentation will be in the mix. We always love when Michael performs here. We’ve had him on our stage on several occasions, and each time he really takes listeners on a ride. His playing is truly spell-binding; it’s no wonder that he has such a loyal following in the region.”

Harmony Presents concerts take place in the beautiful and historic Boiler Room of the Hawley Silk Mill (8 Silk Mill Drive, Hawley), located on the ground floor, and shows start at 8 p.m. and end around 10 p.m. Audiences are encouraged to arrive early for preferred seating.

Advance tickets are available for $19 for the first 30 ticket buyers up until the Wednesday before the show. General admission tickets will be available for $22 after advance tickets sell out until capacity is reached. Tickets can be purchased online at harmonypresents.com or in person at AMSkier Insurance (209 Main Ave., Hawley) during regular business hours and on Saturdays between 9 a.m.-1 p.m.

Cocoon Coffee House caters snacks, coffee, wine, beer, and mixed drinks on site prior to the shows and during intermission. An advance ticket serves as a coupon for 20 percent off Ledges Hotel for a limited time.

Harmony Presents is sponsored by Bold Gold Media. For further questions or help getting tickets, call 570-588-8077.

See behind-the-scenes of the cover shoot for MiZ’s latest album, “Parking Meters,” here and see photos from his show with Jung Bergo at the River Street Jazz Cafe here.