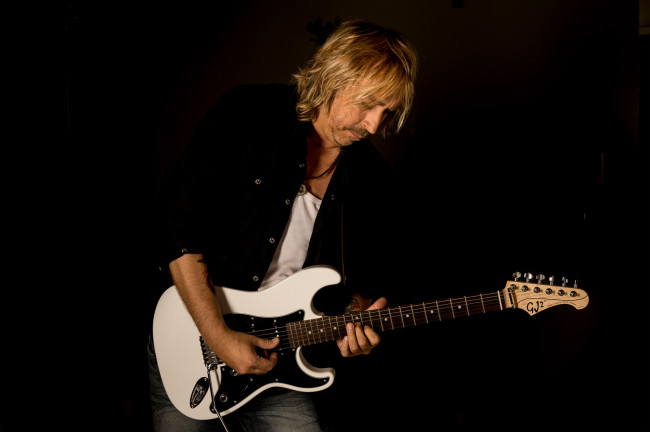 Legendary blues rock guitar slinger Johnny Winter died nearly two years ago, but his music lives on thanks to guitarist Paul Nelson and the Johnny Winter All Star Band.

The band, which also includes vocalist Jay Stollman and Winter’s longtime drummer Bobby “T” Torello, faithfully reproduced some of the best-known tunes from the legend’s long career on Saturday, June 11 at the F.M. Kirby Center for the Performing Arts in Wilkes-Barre.

The Chandelier Lobby show started with a smokin’ hot version of the Robert Johnson/Elmore James staple “Dust My Broom,” as Nelson dazzled the crowd with his slide guitar skills. Up next was “Bony Moronie,” which came off much harder than the Larry Williams original.

Blues standard “Good Morning, Little Schoolgirl” (which Winter did on his self-titled 1969 debut album) followed, and then Stollman added some tasty harmonica to “Got My Mojo Workin’.”

Much like Winter did for his idol Muddy Waters, producing three Grammy-award winning albums for the blues icon late in his career, Nelson was instrumental in reviving his idol’s career. Nelson played second guitar at countless shows, produced Winter’s final albums, and helped him get healthy after years of abuse.

The duo was nominated for a Grammy for the 2011 album “Roots” and took home the prize for Winter’s final album, 2014’s “Step Back,” which features performances by Ben Harper, Brian Setzer, Billy Gibbons, Joe Bonamassa, Joe Perry, Dr. John, and others.

Winter succumbed to emphysema at the age of 70 in July 2014, two days after his final concert in Zurich, Switzerland.

“I’ve done this show a few times now, and I was always wondering why we never did this next one,” Stollman, who has been rotating as vocalist in the Winter All Stars with James Montgomery, said. “Then I found out it was not one of Johnny Winter’s favorites; he thought it was a bit corny.

“But this is one of the most popular songs by Johnny Winter, so we’re going to do it tonight,” he continued as the band kicked off “Rock and Roll, Hoochie Koo,” which was first recorded by Winter and Rick Derringer for the 1970 album “Johnny Winter And.”

The band followed with “Don’t Want No Woman,” which was recorded with Eric Clapton for “Step Back.”

“Don’t Take Advantage of Me” from Winter’s 1984 album “Guitar Slinger” segued nicely into The Rolling Stones’ “Gimme Shelter,” which itself led to a blistering take of “Jumpin’ Jack Flash,” the Stones’ classic Winter featured on his 1971 album “Live Johnny Winter And.”

The band finished up strongly with B.B. King’s “Rock Me Baby,” “It’s All Over Now” (another hit by The Stones), Chuck Berry’s “Johnny B. Goode,” and Bob Dylan’s “Highway 61 Revisited.” 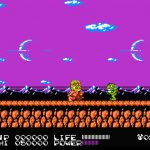