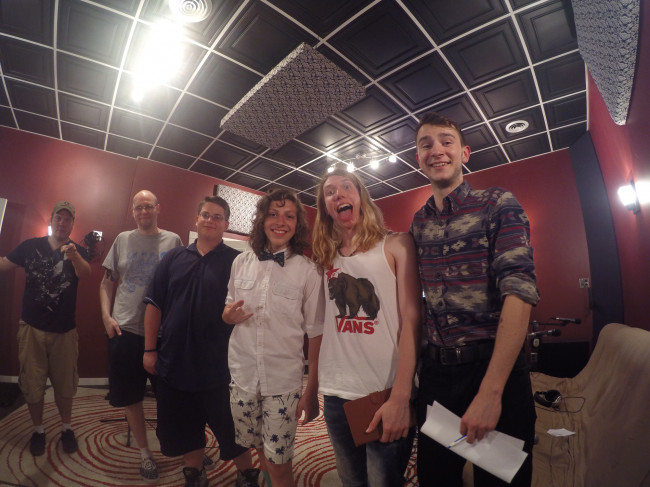 In Episode 61, we sit down with the four local teenagers in The Tellerz – Shane Ely, Dylan Pidich, Matt Wrubel, and Tanner Snyder – to talk about the band from Roaring Brook Township and their recent wins in Season 3 of NEPA Scene’s Got Talent and Pocono’s Got Talent.

We discuss how they got into music at such young ages and their various musical influences, meeting each other through Craigslist, their early practices and first show at The Bitter End in New York City’s Greenwich Village opening for “The Voice” winner Sawyer Fredericks, why two of the members originally hated each other, what it was like competing in the Got Talent contests, their old school tastes in music and even TV shows, the original names of the band and how they decided on The Tellerz, funny behind-the-scenes stories, writing and recording their first EP of original music, the unwavering support from their parents to pursue music, making American flag shorts, being honored with a brand new award in the 2016 Steamtown Music Awards, and their full lineup of shows this summer.

In The Last Word segment, we encourage everyone to come out and participate in the next season of NEPA Scene’s Got Talent, which runs every for 12 weeks starting June 28 at Thirst T’s Bar & Grill (120 Lincoln St, Olyphant). We need audience members as well as musicians, comedians, poets, and more – you could be the next winner.

The Tellerz have shows coming up on Friday, July 1 at The Marketplace at Steamtown from 7:30 p.m.-9 p.m.; Saturday, July 2 at The Other Side (119 S. Main St., Wilkes-Barre) with Easyfeat, Plaid the Inhaler, and Shock Value at 7 p.m.; and Monday, July 4 at the American Freedom Festival in East Stroudsburg at 8 p.m. For a full schedule, check out their Facebook page.