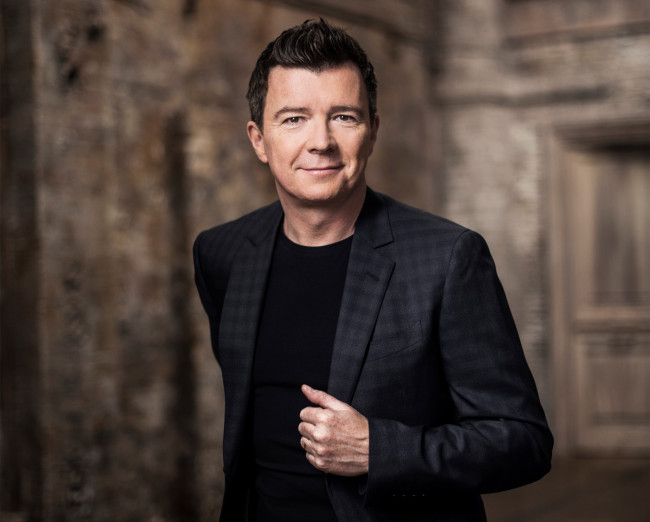 English singer and viral Internet sensation Rick Astley will tour the United States for the first time since 1989 on the heels of his just-released album “50,” (BMG), the latest development in a remarkable comeback year for the pop icon. “50,” Astley’s first U.S. album release in decades, debuted at No. 1 in the United Kingdom and was met with major features and TV performances, including a three-song performance on the “Today” show and pieces in the New Yorker, the LA Times, on NPR, and much more.

Tickets, which are $39.50 at the Electric Factory and $40-$55 at Webster Hall, plus fees, go on sale this Friday, Dec. 2 at 10 a.m. and can be purchased at ticketmaster.com, all Ticketmaster outlets, and the venue box offices.

Astley performed select album release shows in New York City and Los Angeles earlier this year, which were met with rave reviews: “Triumphant… age has given Astley’s still-mighty baritone an added richness and depth,” says Rolling Stone. Billboard said Astley was “in such tip-top shape it was as if he’d never stopped performing.”

“50” first came together in 2015, as Astley began penning new songs in his home studio. All of the songs on the album were written and produced by Astley; he performed every instrument on the recordings as well. Highlights include “Keep Singing,” a “dynamic song [that] gives younger artists like John Newman and Smith a run for their money,” says the BBC. “Angels on My Side” is a powerful, dance-influenced ode with a joyful call and response chorus. He recently released video for “Pray With Me,” which was filmed at The Theatre at the Ace Hotel in Los Angeles with a local choir.

Rick Astley has left an indelible mark on pop-culture. With over 40 million records sold and a catalog of hits, Astley remains one of the most successful solo artists to have emerged from the U.K., holding the distinction of being the first male solo artist to see his first eight singles reach the U.K. Top 10. Born in Lancashire, he was just 21 years old when “Never Gonna Give You Up” became the major hit of 1987. The single hit No. 1 in 16 countries and propelled his debut album, “Whenever You Need Somebody,” to worldwide sales of 15 million.

Astley returned with new work in the early 2000s and began touring again to acclaim and sold-out shows across the globe.