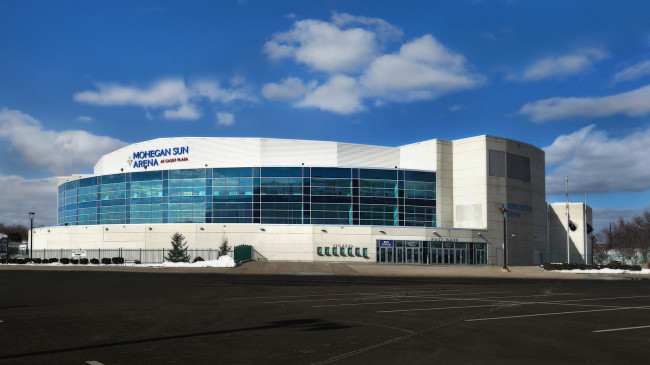 The SMG-managed Mohegan Sun Arena at Casey Plaza in Wilkes-Barre Township was once again ranked in the Top 200 arenas in the world in event ticket sales, according to Pollstar’s “2016 Year End Worldwide Ticket Sales: Top 200 Arena Venues” report in a recent issue of Pollstar magazine, one of the leading industry publications.

“To be one of the top venues in our very large state and to be in the Top 150 in the entire world for venues of all sizes is truly an accomplishment we are proud of,” said SMG General Manager of Mohegan Sun Arena at Casey Plaza Brian Sipe.

“Whether one of our patrons came to one of our many family attractions like Disney on Ice or Monster Jam; one of our many capacity concerts including Blake Shelton, Barry Manilow, or Trans-Siberian Orchestra; or you were a fan of WWE, we thank you for coming to support your venue in this great city! 2016 was our best year in the past four years, we couldn’t have done it without the agents, promoters, and touring personnel who decided that Wilkes-Barre was a must-play city on their tour!”

During 2016, Mohegan Sun Arena hosted some incredible touring artists and performances, including 11 acts that ranked in the Top 100 tours in the world for ticket sales, according to Pollstar.

Rankings for this report were determined by total paid attendance numbers as reported to Pollstar (concerts and family shows only) held between Jan. 1, 2016 and Dec. 31, 2016.

Mohegan Sun Arena ranked fourth in the state of Pennsylvania for ticket sales during 2016, according to the report. Other venue rankings within the state include the Wells Fargo Center in Philadelphia (33rd), the PPG Paints Arena in Pittsburgh (46th), and the Giant Center in Hershey (96th).