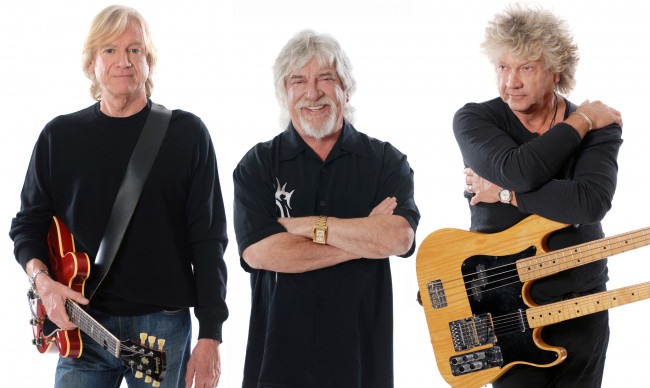 English rock band The Moody Blues will launch a special live tour celebrating the 50th anniversary of their iconic, landmark album, “Days of Future Passed,” which was originally released in 1967. The band will reflect back on five decades of some of the most well-beloved music in pop culture history this summer when they perform live on stage, for the first-time ever, their epic album that marked the first time a rock band had fused their sound with a symphony orchestra.

The tour, titled Days of Future Passed – 50th Anniversary, will bring the live excitement of seeing the band perform their greatest hits in the first half, then finish with “Days of Future Passed” performed in the second half. The tour begins on June 3 in Rancho Mirage, California and continues through July 23 in Atlanta, Georgia, hitting 25 cities with 28 performances, including Bethlehem at the Sands Bethlehem Event Center on Tuesday, July 18 at 8 p.m.

Fans will have waited 50 years to experience this moment in time, as the band’s first full-length studio album, “Days of Future Passed,” was a groundbreaking concept album when it was first released. So unique in its approach, the recording of their first studio album turned out to be piece of music history. Their record label, Decca Records, had requested that the band record an album to test “stereo recording,” which was in its infancy at the time. Being primarily a classical label, The Moody Blues were asked to record a rock version of Antonin Dvorak’s 9th Symphony. The band complied, but wanted to record it on their own terms.

Behind closed doors, they came up with the concept of fusing classical music with rock, but written to their own soundtrack. The result was “Days of Future Passed,” an album that, today, many consider a masterpiece, featuring one full album without breaks, chronicling “a day in the life of” a person with songs that include “The Day Begins,” “Dawn: Dawn Is a Feeling,” “The Morning:
Another Morning,” “Lunch Break: Peak Hour,” “Tuesday Afternoon (Forever Afternoon),” “Evening Time to Get Away,” Twilight Time,” and “The Night: Nights in White Satin.”

From “Days,” the song “Tuesday Afternoon” became a massive worldwide hit, and “Nights in White Satin” marked one of the first four-minute songs played on the radio, going on to become one of the biggest selling singles in history and hitting No. 1 three separate times on Billboard. The ultimate result: one of the greatest-selling albums of all-time.

Says guitarist/vocalist Justin Hayward, “Little did we know when we made ‘Days of Future Passed’ that it would eventually change our lives – it took five long years to make it the top of the charts. But we mustn’t take all the credit for this remarkable project – there were many creative minds who contributed at the time, and who believed in us when we were young and inexperienced. We just wrote the songs about every-man. My dearest wish is that maybe the album has made the world a better place. It will be a joy to return to it, live.”

From the time the British band first hit the rock scene, The Moody Blues have continued to produce music that bridge the gap between rock, classical, and pop rock genres. Featuring Hayward, Lodge, and drummer Graeme Edge, The Moody Blues’ sound has held its ground in a genre of music that is ever-changing.

The Moody Blues have sold in excess of 70 million albums worldwide and have been awarded 14 platinum and gold discs. Their roster of hits include “Nights in White Satin,” “Tuesday Afternoon,” “Ride My See Saw,” “The Story in Your Eyes,” “Isn’t Life Strange,” “Question,” “I’m Just a Singer (In a Rock and Roll Band),” “Your Wildest Dreams,” and “I Know You’re Out There Somewhere,” to name a few. The Moody Blues’ No. 1, Top 5, Top 10, Top 20, Top 40, multi-platinum, platinum, and gold albums and singles have generated sold-out tours on a consistent basis over the course of several decades, making them one of the top-grossing album and touring bands of all time. 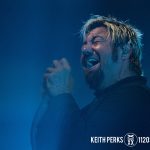