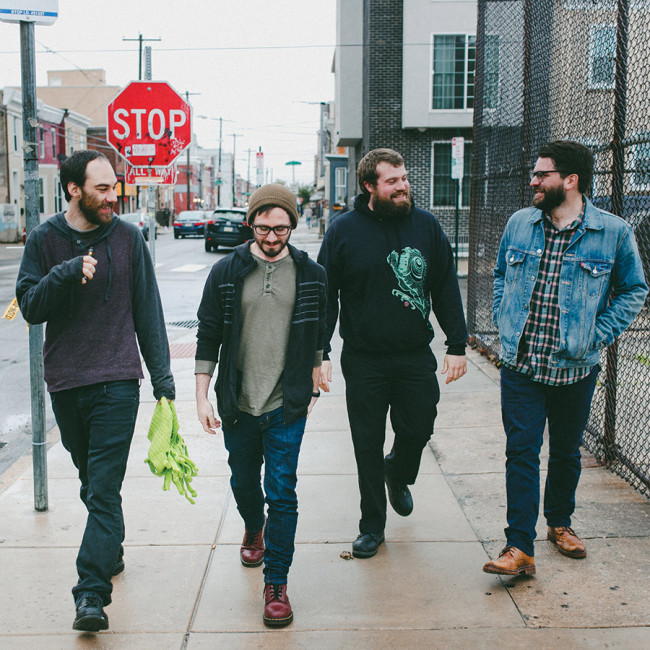 For local fans of punk rock, the future isn’t canceled and good things are right around the corner.

Recently announced on NEPA Scene, the first-ever Good Things Are Happening Fest at the Scranton Iron Furnaces will be headlined by Captain, We’re Sinking, who are reuniting for their first show in nearly five years on Saturday, Aug. 6.

“We just had our first band practice in 5-6 years and I gotta say we didn’t miss a beat. Felt like old times. 100 degrees in a Philly basement.”

Formed in 2006, they released three full-length albums – “The Animals Are Out” in 2007, “The Future Is Cancelled” in 2013, and “The King of No Man” in 2017 – along with several EPs and splits that were collected in a self-titled compilation. They were signed to Boston indie record label Run for Cover Records, which helped them reach international fame with their last two full-lengths, and the quartet – vocalist/guitarist Bob Barnett, vocalist/guitarist Leo Vergnetti, bassist Zack Charette, and drummer Bill Orender – was able to tour the country sporadically.

Following their performance at the 2017 NEPA Holiday Show with fellow Scranton bands The Menzingers and Tigers Jaw, Captain announced in early 2018 that they were splitting up after 12 years.

While often compared to The Menzingers and Tigers Jaw, particularly because Barnett’s brother Greg is a Menzinger, they made the Scranton punk rock sound their own with personal, relatable songs that told detailed stories with all the angst and passion that comes with growing up and facing trying times and even worse relationships. The group’s breakup was much more amicable than those described in their music, so the door always seemed open for more live appearances at the very least.

Singer/songwriter and Clarks Summit native James Barrett, who organized Good Things Are Happening Fest, knocked on that door many times until it was finally answered.

“I’ve been bugging Bob for like a year now to get Captain to play a show again. Last fall, we actually made plans to have them reunite for a show in April, but when the COVID cases started to spike in the winter, we decided to postpone until the time was right. Once I got the idea to have this festival, I knew we needed some big names and I think, ‘Who better than Scranton’s finest?’ I hit up Bob and got the idea floating around and he got the rest of the band on board. I think they deserve the headlining spot, and I am so excited to see them live again,” Barrett said.

“I think they are an incredible band and used to put on some of the coolest concerts I have ever been to. They still have such a devoted fan base, and even just the funny teasing of the show on their social media is an example of that. I hope it is equally as cool to them to play the show as it will be for me to watch it with all my friends again.”

As a solo artist, Barrett opened for Captain a few years ago as part of the annual Holiday Show at the Scranton Cultural Center, but booking them was more of a personal decision.

“Growing up as an aspiring musician in Scranton had a lot of benefits. One of those is having most of my favorite bands all be local. It’s honestly insane. The Menzingers; Tigers Jaw; Captain, We’re Sinking; Three Man Cannon; Petal; Wicca Phase Springs Eternal; Title Fight – the list goes on. Having all of these artists in our area when I was younger was such a cool thing for me because it gave me hope that bands can make it in Scranton. Flash forward to the current day and I still listen to all of these bands regularly. But with Captain, it feels a little closer to home for me,” the 25-year-old explained.

“I remember being in 10th grade listening to’The Future Is Cancelled’ nonstop. I got my license that year and I think ‘Beer Can’ was the first song I ever drove to; somehow I remember that. That album brings back such great memories of my youth, which is hilarious because it’s so emo. I love it. But about a year later, I saw Bob was substituting as a teacher in the same room I used to spend the whole period in study hall listening to his music. It blew my mind. We had played a show together for the Electric City Music Conference a few months prior, but I didn’t get a chance to talk to him. I remember I approached him and talked to him and it was in that moment that I realized I needed to relax because he’s just a normal, kind person that just happens to write some of my favorite songs. I think I’ve gotten better at talking to him now that I am not 17 years old – I hope so, at least.”

Bob Barnett released his debut solo album, “Little Wounds,” in 2014, and followed it up with an EP called “Showing Teeth” in 2015 and a live solo album, “Live from The Star & Garter,” after touring the United Kingdom with his brother in 2016.

With folk and country influences, his next album, 2018’s “Steady Ache,” was a bit of a departure from his previous work as Barnett picked up the banjo in addition to the guitar and vocals. His latest record, “Darkness, Only Darkness,” described as “10 songs about two people, a prison, and the National Razor,” just came out on May 6.

See NEPA Scene’s review and photos of the 2017 NEPA Holiday Show here, read a 2013 interview with Barnett here, and listen to Barnett talk about the band’s 12-year career, growing up at an important time in the local music scene, recording albums like “The Future Is Cancelled,” why they split up and what made this anticipated reunion finally happen, his new solo record “Darkness, Only Darkness,” raising kids and working as a history teacher, and more in Episode 153 of the NEPA Scene Podcast: 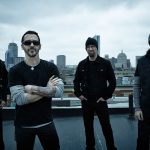