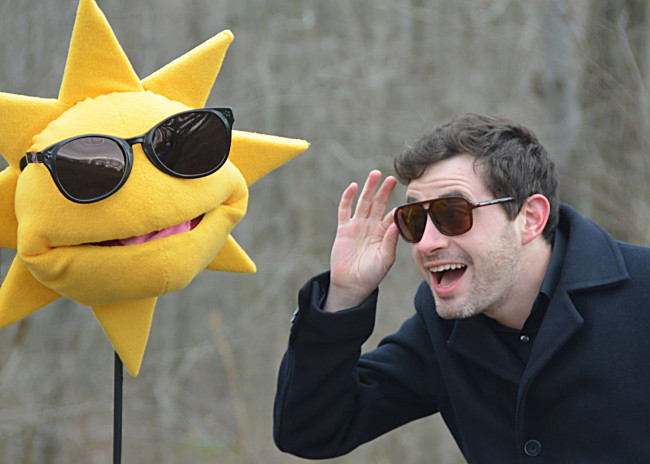 The New Vintage Ensemble is returning to The Cooperage in Honesdale for a summer residency, starting with “The World Will Stop If We Make a Mistake,” an interactive play meant for all ages that incorporates puppetry and film, on Saturday, June 10 at 7:30 p.m. and Sunday, June 11 at 3 p.m.

Tickets are a suggested donation of $10 advance or $15 at the door to support The Cooperage Project’s continued educational programming. Reservations are appreciated and can be made by contacting The Cooperage (1030 Main St., Honesdale) at info@thecooperageproject.org or 570-253-2020. The two summer theater productions are made possible by a grant from the Villaume Foundation.

“The World Will Stop If We Make a Mistake,” which debuted at the 2016 Scranton Fringe Festival and most recently appeared at the Ithaca Fringe Festival in April, tells the story of Judy and Zack, two longtime friends who get a glimpse into their childhood selves when Zack finds a box containing cards and letters Judy sent to him over the course of 25 years. Suitable for all ages, the performance combines live-action sequences, puppetry, and time-lapse film while themes of transition, life milestones, loss, and friendship are explored. Ensemble members Tim McDermott and Sarah Regan perform the 50-minute show under the direction of Brendan Regan, with puppet design by Patrick Daniel Holmes.

According to Scranton Fringe Festival Executive Director Conor O’Brien, “‘The World Will Stop If We Make A Mistake’ was one of the most talked about productions at our festival. … Audiences (including myself) thought it was charming, tender, and overall fantastic! It proved modern theater can have heart and creative staging.”

The Cooperage is operated by The Cooperage Project, a nonprofit organization whose objective is to cultivate social awareness and foster civic engagement in Honesdale through a wide range of activities and events in order to build a strong and vibrant community.

Founded in 2013, the New Vintage Ensemble is a collective of actors from Northeastern Pennsylvania dedicated to producing innovative and interactive theater while helping the art community of the greater Scranton region thrive. Their distinctive style and passion for engaging audiences has resulted in award-winning and internationally-recognized productions, as well as regional premieres of original works.

To learn more about the New Vintage Ensemble and its partnership with The Cooperage Project, listen to Episode 60 of the original NEPA Scene Podcast with O’Brien and NVE member Simone Daniel: 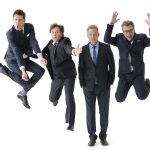