From a press release: The New Vintage Ensemble will once again partner with The Cooperage Project in Honesdale to present an original play that debuted at the 2018 Scranton Fringe Festival. “Light & Sound,” created and performed by Conor Kelly O’Brien and Daniel Amedee, will be presented on Friday, Nov. 30 and Saturday, Dec. 1 […]

From a press release: As announced last month, the Pocono Mountains Theater Company will return to The Cooperage Project in Honesdale with a production of “A Number,” a play addressing the subjects of human cloning and identity by award-winning British playwright Caryl Churchill, on Friday, Nov. 2. “A Number” explores the fragility of personal identity […]

From a press release: The Pocono Mountains Theater Company will return to the Poconos with a production of “A Number,” a play addressing the subjects of human cloning and identity by award-winning British playwright Caryl Churchill. Performance venues include The Cooperage Project (1030 Main St., Honesdale) on Sunday, Sept. 30 at 4 p.m. and Friday, […]

From a press release: In a world where the perfectly tailored photo gallery now defines your success, beauty, mature palate, and ultimate happiness, what if your life is anything but a pretty picture? You move into a van. You become unhinged. You document everything. The Scranton theatre group New Vintage Ensemble will present an original […]

From a press release: The New Vintage Ensemble is returning to The Cooperage in Honesdale for a summer residency, starting with “The World Will Stop If We Make a Mistake,” an interactive play meant for all ages that incorporates puppetry and film, on Saturday, June 10 at 7:30 p.m. and Sunday, June 11 at 3 […] 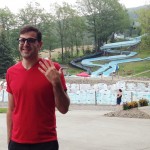