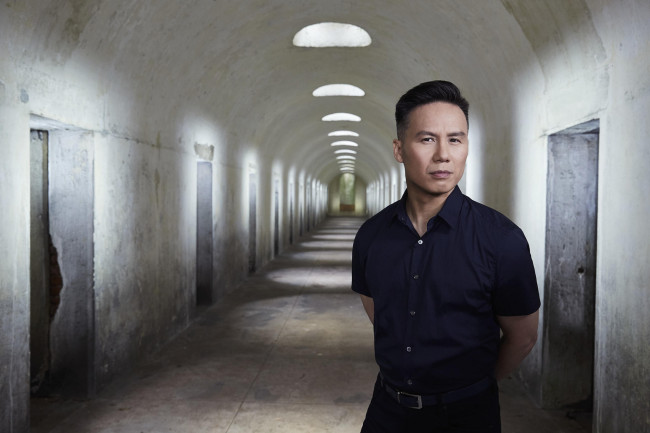 Geisinger neurologist Dr. Mitchell Gross and a 28-year-old Laflin resident will be featured on CNN’s new medical mystery show, “Something’s Killing Me,” this Sunday, Aug. 27 at 9 p.m. on HLN.

Emily Gavigan, who attended the University of Scranton, suffered from unexplainable medical symptoms. Seeking treatment at the Geisinger Wyoming Valley Medical Center, Gross had her life-flighted to the University of Pennsylvania, where she was diagnosed with anti-NMDA receptor encephalitis by Dr. Josep Dalmau, who had only discovered this acute form of brain inflammation a few years before.

In March, a CNN film crew interviewed Gavigan and traveled to GWV in Wilkes-Barre, where they talked to Dr. Gross and taped various segments throughout the hospital. They also filmed at UPenn.

This episode, titled “Into Madness,” is one of a six-part series about real-life medical mysteries. Hosted by BD Wong of “Law & Order: Special Victims Unit,” “Mr. Robot,” and “Jurassic Park” fame, the show airs on CNN’s sister network, HLN, featuring doctors, scientists and, in some cases, federal investigators as they solve life-or-death mysteries.

“Something’s Killing Me” premiered on Sunday, Aug. 13, with new episodes following on Sundays at 9 p.m. A preview of the latest episode is below: