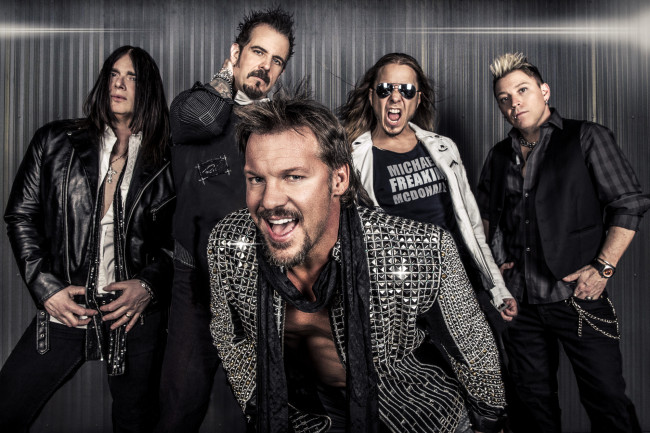 It was announced today that Atlanta, Georgia metal outfit Fozzy, led by singer Chris Jericho of WWE fame and guitarist Rich Ward of Stuck Mojo, will visit the F.M. Kirby Center in Wilkes-Barre to play its “Live from the Chandelier Lobby” concert series, presented by City Market and Café, on Wednesday, Oct. 4 at 7 p.m.

Fozzy has always been about a heavy groove and a good time. When you have two high-energy performers like Ward (known as “The Duke of Metal”) and Jericho in the band, grooves and good times come easy, but these guys aren’t just entertainers.

Ward is one of the most versatile and underrated guitarists in rock and metal today who has created his own style of heavy riffs, melodic choruses, and crushing grooves. Meanwhile, Jericho’s singing ability and overall passion for music makes one wonder just how he is able to find the time to excel in pretty much everything he does.

The band has released six studio albums since forming back in 1999, but they really hit their stride on 2012’s “Sin and Bones.” At the time, Jericho was winding down his involvement with the WWE, the band was touring more, and their live show was growing stronger.

And Fozzy’s fan base was growing too. The band spent all of 2012 and 2013 touring with the likes of Metallica, Shinedown, and Avenged Sevenfold.

In 2014, the group released “Do You Wanna Start a War,” which features its highest-charting single to date, “Lights Go Out.”

Fozzy toured most of 2015 and has spent the majority of 2016 working on their latest studio album, which is due out later in 2017. 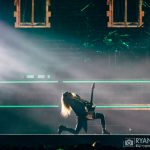