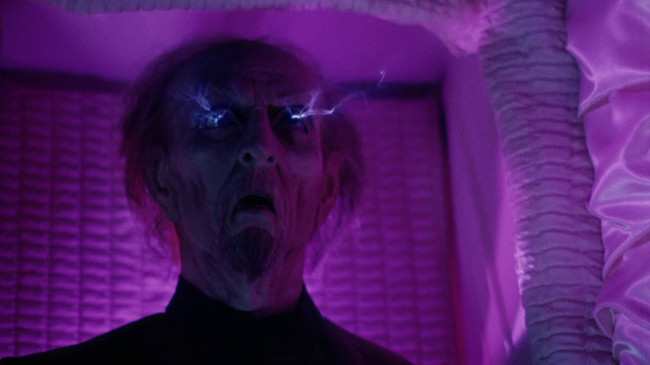 Teenagers in peril may not be anything new in the horror genre, but it is still a fun setup, especially for horror films from the 1980s. It is even more fun with a different twist in films like “One Dark Night.”

“One Dark Night” follows Julie Wells, played by a young Meg Tilly, as she sets off to spend a night in a mausoleum as part of her initiation into “The Sisters.” The group plans to scare her, but when they sneak in, they discover a deadly and frightening source of power. Buried within this mausoleum is famed Russian occultist Karl Raymarseivich Raymar, a psychic vampire. His powers are still active as he rises to torment them all for one deadly night.

The film was originally released in 1983 after long post-production delays. The release was very limited and set the film onto its destiny of becoming a cult favorite. Over the years, it received very low budget and limited releases on VHS and DVD. Earlier this year, though, Code Red gave the film a beautiful Blu-ray release.

“One Dark Night” gained some initial notoriety by have Batman himself, Adam West, in one of the lead roles. He was hired both due to his notoriety and the director, Tom McLoughlin, having a soft spot for him. McLoughlin (“Friday the 13th Part VI: Jason Lives”) knew he had trouble landing many acting roles because he was tied so closely to being a brighter “Dark Knight.”

There are some standard ‘80s tropes, but “One Dark Night” is a very fun film. The atmosphere is perfect for a horror movie, with wonderful lighting as well. There is a lot of foreboding dread without an overabundance of gore, but the build up to the end of the film makes it all worthwhile.

Thankfully, Code Red puts so much love into films they release. While other companies would have simply looked past a small forgotten gem like “One Dark Night,” they put together a beautiful restoration.

Is it worth seeing? “One Dark Night” may not be a horror move for the casual viewer, but for any true horror fan, it is an absolute must-see. The film has been relegated to the “heard about but unseen” category for a long time. The newly release Blu-ray is the best way to watch it, as most other releases were just bad transfers from the original VHS release.

Fans of ‘80s horror are sure to love this underground diamond in the rough! 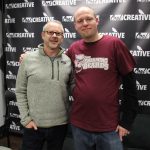