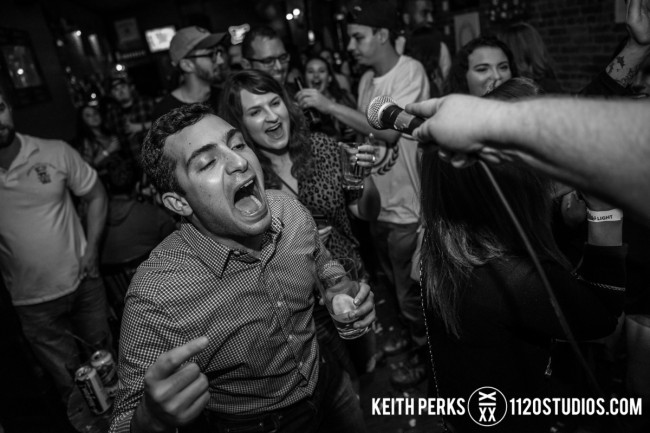 If Dashboard Confessional coming to Wilkes-Barre isn’t emo enough for you, the Screaming Infidelities duo will bring their Emo Night to Senunas’ Bar & Grill in Wilkes-Barre on Friday, Jan. 26, just two days before Dashboard performs at Alt 92.1’s first-ever Snow Show at the nearby F.M. Kirby Center on Sunday, Jan. 28.

Screaming Infidelities is comprised of DJ Hersh and Electric City Music Conference co-founder Joe Caviston, who debuted their Emo Night at The Bog in Scranton during the ECMC and performed to a sold-out crowd.

Screaming Infidelities provides a one-of-a-kind experience that encourages crowd interaction and features its fair share of confetti cannons. While DJ Hersh and Caviston spin cult classic emo, pop punk, punk, and indie rock tunes, the crowd in encouraged to dance, sing along, and are even invited on stage to live out their rock star dreams.

The event at Senunas’ (133 N. Main St., Wilkes-Barre), which will serve as a pre-party for the Snow Show, is free to the public and sponsored by Alt 92.1. This will be the last chance to get free tickets to the Snow Show, which features Dashboard Confessional, Scranton’s own Tigers Jaw, AJR, and SYML. Multiple sets of tickets will be given out throughout the evening.

Screaming Infidelities plans to have various special guests from local bands perform on stage with them during the event, which will be announced in the coming weeks.

Propelled by Chris Carrabba’s intimate and emotionally raw lyrics, sweeping acoustics, and his charismatic presence, Dashboard Confessional stands as one of the biggest alternative bands of the 2000s. Critically acclaimed and embraced by a legion of fans, Dashboard’s brand of alternative rock swept through a generation who embraced their albums and sold out arenas.

To date, Dashboard Confessional has a platinum album with their live release “MTV Unplugged,” three RIAA certified gold-selling albums (“The Swiss Army Romance,” “The Places You Have Come to Fear the Most,” and “A Mark, A Mission, A Brand, A Scar”), and has had numerous songs featured on television (“Cougar Town,” “One Tree Hill,” “Scrubs,” “All My Children,” “Laguna Beach,” “NCIS,” “Cold Case,” and “Clone High”) and in movies (“Shrek 2,” “Spider-Man 2,” “Made of Honor,” and “Sydney White”).