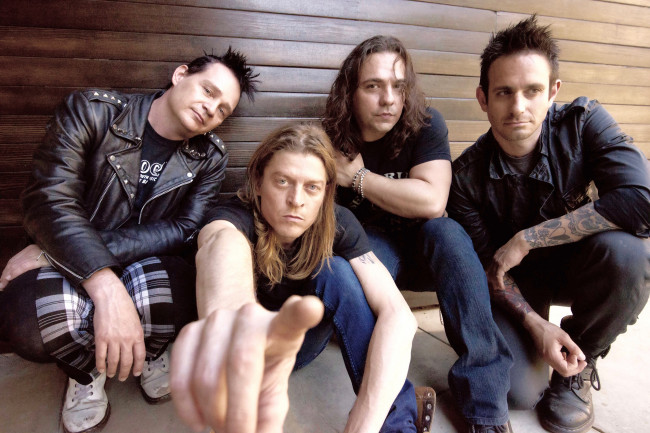 It was announced today that Los Angeles post-grunge band Puddle of Mudd will bring The Redemption Tour to the Sherman Theater in Stroudsburg on Saturday, April 14 at 7 p.m. with special guests Saving Abel, Tantric, and Inherit the Earth. Whether or not this concert will go on as scheduled depends on the health and wellness of troubled singer Wes Scantlin, who seems to be known just as much for his substance abuse problems, onstage incidents, and legal troubles as he does for hit singles like “Control,” “Blurry,” “She Hates Me,” and “Psycho.”

Originally from Kansas City, Missouri, the Billboard Music Award-winning band released their major label debut, “Come Clean,” in 2001, which sold over five million copies and was certified triple platinum by the RIAA. Their 2003 follow-up, “Life on Display,” was certified gold, and 2007’s “Famous” debuted at No. 27 on the U.S. Billboard 200 chart and kept them in the public eye. Puddle of Mudd produced six studio albums all together, the latest being 2011’s cover album “Re:(disc)overed,” along with a greatest hits collection in 2010.

They released a new single, “Piece of the Action,” in 2014 and announced that they were recording their next album in 2015. Scantlin is the only founding member of the group left, however, after a series of arrests and controversies over the years that haven’t left him with the best reputation with concertgoers.

On stage, Scantlin has shown up to gigs under the influence of drugs or alcohol, fought with fans and bandmates, left mid-set during public meltdowns, smashed equipment, and has been caught lip syncing during live concerts, even skipping some shows completely without explanation. Off stage, he has been arrested for domestic violence, disorderly conduct, public intoxication, felony vandalism, driving under the influence, and missing court dates, making headlines for a high-speed chase with police, a standoff with 30 armed police officers, and an attempt to board a plane with a BB gun, resulting in another arrest.

In a Facebook post on Christmas Eve last year, Puddle of Mudd stated that “Wesley has been in rehab and is doing very well and looks forward to seeing you all. We love you guys and thank you for sticking by our sides.” With shows now booked through November, this is presumably why this upcoming tour with fellow early 2000s acts Saving Abel and Tantric is being billed as The Redemption Tour, though fans will have to decide if it’s worth the risk of attending another disastrous performance. Local commenters on the Sherman Theater’s Facebook announcement questioned if Scantlin would be sober and finish the show if they purchased tickets, which promoted direct responses from the theater.

“We want him to be well, and all the other bands are committed to this event. He is ready for this shot at redemption!” the Sherman Theater said through Facebook.

“Wes has assured us he is ready to give the performance of his life… It’s the Redemption Tour, so well let’s all give him a chance to redeem!”

Tickets, which are $23 in advance or $25 the day of the show, go on sale this Friday, Feb. 16 at 10 a.m. and will be available through the Sherman Theater box office (524 Main St., Stroudsburg), online at shermantheater.com and ticketfly.com, and all Ticketmaster outlets. VIP boxes and sky boxes are available for this show and include eight tickets (VIP box) or 12 tickets (sky box), a fruit and cheese platter, and waitstaff. To purchase box seats, call the theater at 570-420-2808. 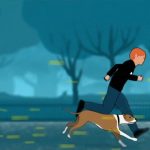