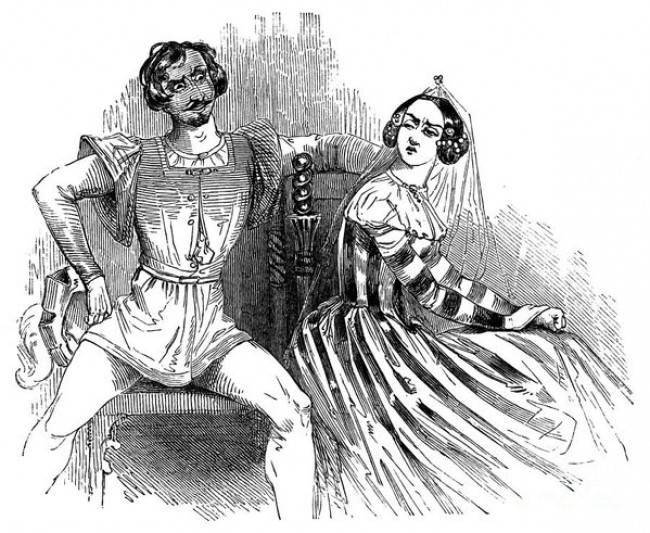 The Gaslight Theatre Company will present William Shakespeare’s classic comedy “The Taming of the Shrew” in a new light on Friday, June 22 through Saturday, June 30 at its theater in the East End Centre in Wilkes-Barre.

Directed by Brandi George and David Reynolds, “The Taming of the Shrew” tells the story of Baptista’s two daughters: the younger, ideal woman Bianca, who is courted by many suitors, and her older, headstrong sister Katharina, condemned as a shrew by all others. With Baptista’s decree that Kate must be wed before Bianca, her suitors quickly attempt to find Kate a willing mate. Conveniently arriving in Padua to “wive and thrive,” Petruchio rises to the challenge of this marital obstacle and seeks to tame Kate with psychological mistreatment until she become a desirable and obedient wife. Unbeknownst to him, Kate is well aware of his ploy and looks to match not only his wit but also his unorthodox courtship. Through all manner of comedic torment, Kate and Petruchio eventually give way to each other’s taming attempts and, to their surprise, find honest love and respect for one another where no one else can.

Although presented in a semi-traditional format, this staging discards many of the often controversial themes in favor of empowerment and equality, which speaks volumes in 2018’s social climate.

Tickets, which are $15 for adults and $12 for students, seniors, and veterans, go on sale this Friday, June 8 and can be purchased online ​via ​​Ticketfly or at the door; tickets are not available by phone.​ Advanced purchases are highly recommended, as seating is general admission and limited. The Gaslight Theatre box office (200 East End Centre, Heinz Rd., Wilkes-Barre) will be open one hour prior to performances.