As the final Vans Warped Tour makes it way to Scranton, many local fans are reminiscing about the “good old days” of the annual touring festival, a period of time that varies depending on what generation they’re from. Everyone can probably agree, however, that it was a special event unlike any other, allowing kids to see some of their favorite bands all in one day while discovering new ones along the way.

No one here may be more nostalgic for Warped Tour than Chris Motionless, the singer of Scranton metal band Motionless In White who is currently living out his dream, signing with Fearless and then Roadrunner Records, touring the world with some of the biggest rock and metal bands in the world, and garnering millions of dedicated fans they call “creatures.” But back in 2005, his teenage band was just starting out, winning a contest to play the small Ernie Ball Stage at The Pavilion at Montage Mountain with only a demo CD under their belts.

Motionless (whose actual last name is Cerulli) was instantly transported back to that time when he visited Montage Mountain with documentary filmmakers over the winter to create a short video about his experience climbing the ranks of Warped to reach the very top, finally headlining nationally in 2014, 2016, and again this year. The video debuted today, showing footage of their first appearance, their performances on the East Coast Independent Stage in 2007 and 2008, the Monster Energy Stage in 2012 on their first full national run, the Kevin Says Stage in 2010, the Ernie Ball Stage in 2011, and the main stage in 2014 and 2016 intercut with Chris standing where those stages once stood, recalling it all.

2018 will be the last time Warped Tour treks across the country, according to founder Kevin Lyman, citing “an evolving summer festival industry, a shrinking pool of bands, and declining ticket sales amongst its teenage demographic.” The Scranton stop on Thursday, July 26 features tour mainstays like Reel Big Fish, Less Than Jake, Mayday Parade, Simple Plan, 3OH!3, Asking Alexandria, We the Kings, Four Year Strong, Every Time I Die, and Silverstein, along with interesting additions like Frank Turner, Twiztid, and Nekrogoblikon.

“It will be our last appearance in Scranton on Warped Tour ever, concluding our 13-year journey of Warped Tour,” Motionless says in the video.

“It will be our ninth appearance total, our fourth full U.S. appearance, and I just want to say thank you to all the fans that have helped accomplish our dreams so many times over and over and over again over the past 13 years. And most of all, thank you to Kevin Lyman and all of Warped Tour for always believing in our band, always having us be a part of your amazing tour that we dreamed so deeply of being a part of from the minute that we started being a band and even long before. We’re very excited to be a part of it.”

While MIW has replaced members over the years, most recently parting ways with bassist Devin “Ghost” Sola (former member TJ Bell will be filling in on bass during Warped Tour), it seems things haven’t changed much for their frontman, who is still just as excited to perform now as he was before graduating from Pittston Area High School. He certainly hasn’t forgotten where he’s from, even naming one of their songs “570,” and his hometown area is still cheering him on. 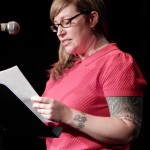 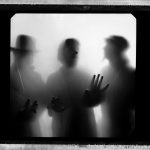