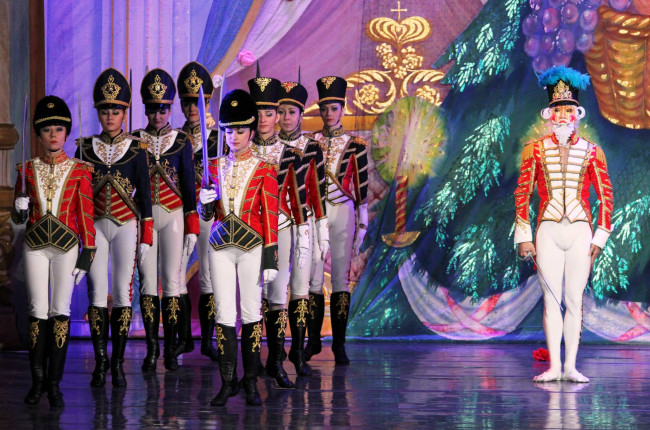 This holiday season, Moscow Ballet’s “Great Russian Nutcracker” will return to the F.M. Kirby Center in Wilkes-Barre on Friday, Dec. 14 at 7 p.m.

The New York Times said that kids will be “wide-eyed with delight!” Experience the Dove of Peace Tour, spreading goodwill in over 100 cities across North America.

Moscow Ballet’s Great Russian Nutcracker features the Land of Peace and Harmony in Act II, traditionally called the Land of Sweets, and the Dove of Peace since their first 1993 North American tour. Hailing from all corners of the former Soviet Union, the Moscow Ballet company dance from New York City to Los Angeles, and from Miami to Calgary, for world peace, as they have done since that initial tour.

“This acclaimed version of the perennial ballet includes some special touches… when two dancers become one as The Dove of Peace, a ‘bird’ with a 20-foot wingspan, in a prayer for World Peace,” the Chicago Tribune described.

The Dove of Peace role, exclusive to the Moscow Ballet, was inspired by Bolshoi Ballet Principal danseur Stanislov Vlasov, who was choreographer/balletmaster of the Moscow Ballet’s inaugural 1993 “Great Russian Nutcracker,” and partner Lilia Sabitova, honored as People’s Artist of Russia, when they performed their soaring choreography at Carnegie Hall and more venues around the world. Moscow Ballet’s Dove of Peace leads heroine Masha and her Nutcracker Prince into the Land of Peace and Harmony. This show for the whole family will make memories for a lifetime.

The company performs more than 100 engagements annually across Canada and the United States’ to sell-out audiences in the some of the finest performing arts venues.