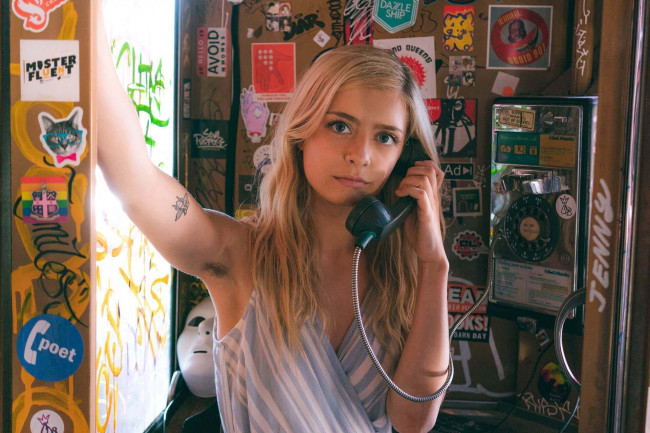 Brooklyn-based singer/songwriter Lily Mao will host an album release party in her hometown of Scranton to celebrate her debut full-length, “Run to Madness,” on Sunday, Dec. 9.

The free live show will be held in the private event space at Ale Mary’s at the Bittenbender (126 Franklin Ave., Scranton) from 1 p.m.-3 p.m. and will include appetizers and a cash bar. A portion of the proceeds from all CD sales at the event will be donated to the Lauren Reidinger Cancer Fund. Donations will also be accepted at the door, and gift baskets will be raffled off in support of the fund.

The 11-track album, described as “bluesy surf rock with Patti Smith-esque lyrics,” was recorded at Aloft Studios in Denver, Colorado, with Mao writing and singing vocals as well as playing rhythm guitar. It features siblings Madi Spillman on second guitar, Ian Spillman on drums, and Jason Spillman on bass.

The Dec. 9 event will also serve as a premiere for Lily Mao’s just-released music video for her single “Sour Grapes,” produced by New York City cinematographers Halsey Pierce and Tommy Riggio. Additional videos of her singles “Madness” and “Omaha” have been produced by filmmaker Bernadette Cuvalo.

“It’s been an amazing musical journey so far, and I’m so lucky to be able to do what I love,” Mao said.

“I put a lot of blood, sweat, and tears into writing the music and recording this album, but so have my amazing friends and family members who have provided their unyielding support in helping me create it.”

The first time Lily Maopolski picked up a guitar at the age of 10, she was hooked. Since then, the vibrant vocalist and songwriter has performed in a wide array of festivals, open mics, bars, and clubs throughout her native Northeastern Pennsylvania. In the summer of 2018, she relocated to the Bushwick section of Brooklyn to further her dream of becoming a recording artist.

Busking in the streets of New York City by day, she spends her nights writing and rehearsing with her newly formed band, appropriately named Lily Mao. Her dreams of recording a collection of her original music have since become a reality with the release of “Run to Madness,” available now on all major streaming platforms, including Spotify, Apple Music, and Google Play.