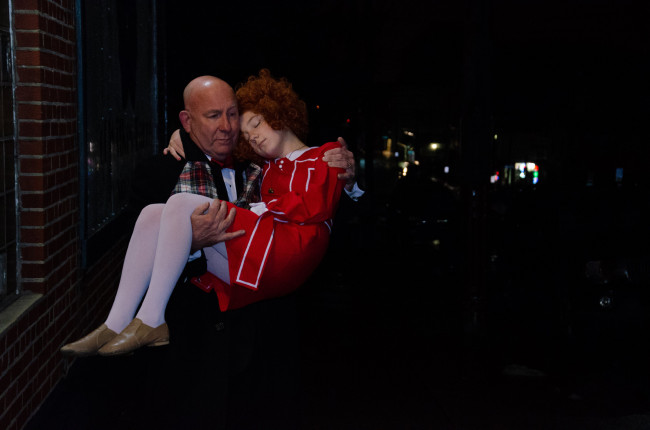 The Little Theatre of Wilkes-Barre will conclude its 2018 season with the beloved musical “Annie” on Friday, Dec. 7 through Sunday, Dec. 16.

The play is directed by Scott Colin, who has kept the production close to the original.

“The holidays offer up enough twists and surprises, not all of them pleasant,” Colin said.

“I want to offer our audience an escape from hustle and bustle that the holidays invariably brings. When people come and see ‘Annie,’ they’ll be reminded of what the holidays are really about: family, love, and looking out for one another.”

“My favorite thing about the show would have to be the relationship all the cast members share,” Chacko said.

“Whenever I’ve done this show, it’s always been around Christmas, which everyone is busy for. Even at rehearsals, I studied for a Spanish test with some of the cast who play the servants. Everyone is always there for each other and to calm each other down.”

“Annie” is based on the popular Harold Gray comic strip “Little Orphan Annie,” with music by Charles Strouse, lyrics by Martin Charnin, and a book by Thomas Meehan.

The original Broadway production opened in 1977 and ran for nearly six years, setting a record for the Alvin Theatre (now the Neil Simon Theatre). It spawned numerous productions in many countries, as well as national tours, and won the Tony Award for Best Musical. The musical’s songs “Tomorrow” and “It’s the Hard Knock Life” are among its most popular musical numbers.

The Columbia Pictures film adaptation was released in 1982, starring Albert Finney as Daddy Warbucks, Carol Burnett as Miss Hannigan, Ann Reinking as Grace Farrell, Tim Curry as Rooster, Bernadette Peters as Lily, and newcomer Aileen Quinn as Annie. It was remade in 1999 and 2014.

“Annie” runs on weekends from Dec. 7 through Dec. 16. Friday and Saturday shows are at 8 p.m., and Sunday matinees start at 3 p.m.

Little Theatre of Wilkes-Barre is one of the oldest continually-running community theaters in the United States, dating back to 1922 with its original founding as the Drama League. Today, it is a nonprofit, 501(c)3 corporation housed at the 537 North Main Street Playhouse in Wilkes-Barre. Little Theatre of Wilkes-Barre’s mission is to provide professional quality, Broadway-style live theatre while ensuring a welcoming environment that enhances the cultural growth of the Greater Wyoming Valley. 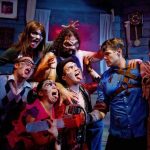