After selling out one show on Jan. 20 and adding another that same night due to popular demand, comedians John Mulaney and Pete Davidson have postponed their co-headlining stand-up shows at the F.M. Kirby Center in Wilkes-Barre due to inclement weather and unsafe travel conditions.

Both shows have been rescheduled for Saturday, March 16 at 7 p.m. and 10 p.m. Patrons are urged to hold on to their tickets, as they will be valid on March 16. If refunds are desired, they will be made available at the point of purchase. The 7 p.m. performance is currently sold out, and the 10 p.m. performance only has a few remaining single seats left.

Tickets, which are $48, plus fees, are available at the Sundance Vacations Box Office at the Kirby Center (71 Public Square, Wilkes-Barre), online at kirbycenter.org, and by phone at 570-826-1100.

Before appearing together in “Saturday Night Live’s” “Weekend Update” segment last night to talk about Clint Eastwood’s new movie “The Mule” (embedded below), the pair posted a video to Mulaney’s Twitter account promising to “do something special to make up for” the postponement and struggling to pronounce Wilkes-Barre:

BAD NEWS WILKES BARRE, PA. Due to the weather State of Emergency in PA, we & the Kirby Center, have decided to postpone the show tomorrow. We’re truly sorry. New date March 16. All tix will be honored. Please be safe and see you soon. Love, John and Pete pic.twitter.com/f8csLHBaWp

John Mulaney is best known for his work as a writer on “Saturday Night Live” and as one of the most popular touring comedians today. He has released several comedy albums/specials, including “The Top Part” (2009), “New in Town” (2012), “The Comeback Kid” (2017), and “Kid Gorgeous” (2018), for which he received a Primetime Emmy Award for Outstanding Writing for a Variety Special.

In all, Mulaney has won three Emmy Awards, including two for his work on “SNL.” He also frequently performs as a character called George St. Geegland in a comedic duo with Nick Kroll, most recently in “Oh, Hello” on Broadway from September of 2016 through early 2017. Late last year, Mulaney made his big-screen debut voicing Peter Porker/Spider-Ham in the animated film “Spider-Man: Into the Spider-Verse.”

Pete Davidson is a comedian and actor who is best known as a cast member on “Saturday Night Live.” He has performed stand-up comedy on “Adam DeVine’s House Party,” “Jimmy Kimmel Live!,” and “Comedy Underground with Dave Attell.”

Davidson has also appeared on the MTV shows “Guy Code,” “Wild ‘n Out,” and “Failosophy” and recently guest-starred in the sitcom “Brooklyn Nine-Nine.” He has been a regular on “SNL” since 2014.

The use of cellphones, smart watches, cameras, or recording devices is not permitted during this show. Upon arrival, all phones and smart watches will be secured in Yondr pouches that will be unlocked at the end of the show. 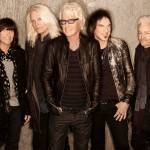