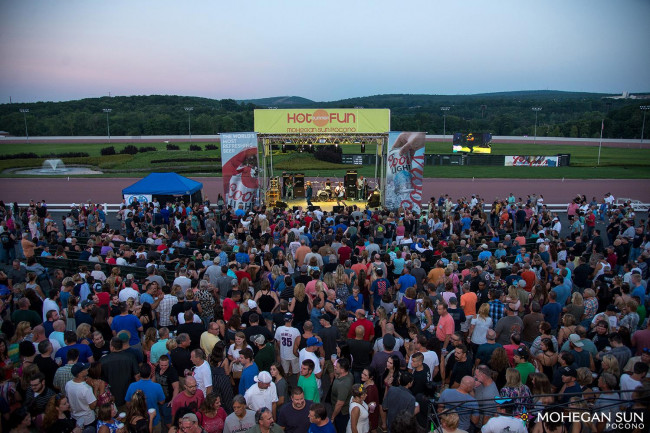 Today, Mohegan Sun Pocono in Wilkes-Barre announced the summer lineup for its popular Party on the Patio outdoor concert series, which features a variety of tribute acts every Thursday night.

The casino will keep the party going for two extra weeks this year by extending its run from June 20 through Aug. 29. Doors open at 6:30 p.m., and the bands start at 7:30 p.m. There is no cover charge, and all attendees must be 21 and over.

With food trucks and drink specials, guests can sing and dance the night away with some of the most fun tribute bands in the country, including 7800 Fahrenheit and A Proud Monkey, two bands who are proud natives of Northeastern Pennsylvania.

7800 Fahrenheit, a tribute to Bon Jovi, was formed in 2015 by Jay Orrell and John Young and “stays true to the classic Bon Jovi days with the look, sound, and energy.”

“If you miss the good old days of the sound, hair, and smiles, then you will not be disappointed!” the band says on their website. “7800 Fahrenheit believes that Bon Jovi has the right kind of song catalog, especially the classic songs, that really lend itself to being performed live as well as fitting into a broad age range that makes for the perfect club atmosphere.”

A Proud Monkey is “the most accurate tribute to Dave Matthews Band in the world.” Currently, A Proud Monkey consists of a troupe of some of the most exquisite career musicians in their field: Dustin Switzer (guitars, vocals), Jon Ventre (bass), Carl Krupa (woodwinds/brass), Mark Woodyatt (violin), Josh Orlando (drums), and Neil Nicastro (electric and acoustic guitars).

“We strive for the most accurate sonic representations of the music and feel of a Dave Matthews Band show. Many of our stage instruments are visually identical to those used by the actual band throughout the last 25 years and, when combined with a dedicated passion for the band’s music as we perform, it provides an aesthetic that can only be replicated by the real thing,” the band described in their bio.

July 11: Dean Ford and the Beautiful Ones, a tribute to Prince

Aug. 1: Crazy on You, a tribute to Heart

Aug. 8: A Proud Monkey, a tribute to Dave Matthews Band

Aug. 15: Tramps Like Us, a tribute to Bruce Springsteen

Aug. 22: Draw the Line, a tribute to Aerosmith

Aug. 29: Rubicon, a tribute to Journey 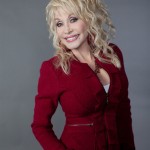