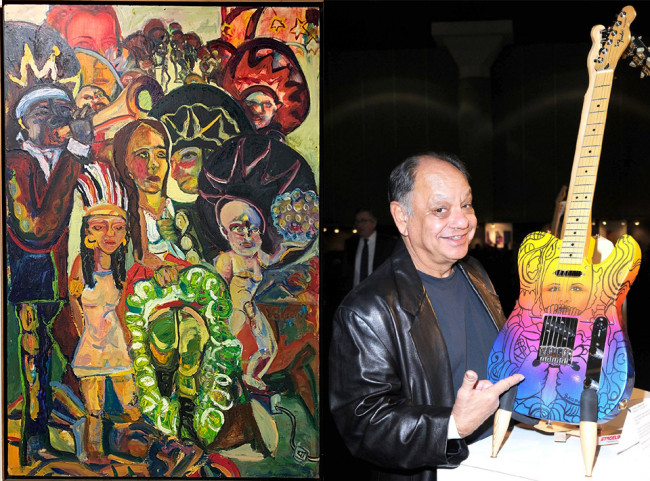 The Pauly Friedman Art Gallery at Misericordia University in Dallas will highlight Mexican-American art this summer with the exhibition “Hope and Memory” from Friday, June 28 through Friday, Aug. 9. The exhibit will feature paintings by Philadelphia-based artist Marta Sánchez.

In conjunction with Sánchez’ work, the gallery will host playable fine art pieces from the “Blazing Chicano Guitars” project. The exhibit will include three one-of-a-kind guitars painted by Chicano artists Carlos Donjuan, Alex Rubio, and Joe Peña commissioned by actor and activist Cheech Marin of Cheech & Chong fame. The Blazing Chicano Guitars from Marin’s world-famous Chicano art collection will be on display from Wednesday, July 10 through Friday, Aug. 9.

In addition, the gallery will host two free workshops by Sánchez. She will be the guest artist for a children’s workshop and movie night to introduce children to Mexican-American celebration traditions on Wednesday, July 17 from 5 p.m.-8 p.m. Suggested ages are 6-10. The children’s event is co-sponsored by Chick-fil-A Express at Misericordia University, operated by Metz Culinary Management.

Sánchez also will lead a workshop for older children and adults in the art of cascarones, which are decorated eggs that have been hallowed out and refilled with confetti. The second workshop will take place on Thursday, July 18 from 5 p.m.-8 p.m. Both workshops will begin at the Friedman Art Gallery.

Sanchez is a native of San Antonio, Texas and is deeply inspired by traditional Mexican folk art expressions. She frequently works on paper creating linocuts and monotypes, which follow the social and cultural traditions of Mexican and Chicano/a art. She paints mainly on tin or industrial corrugated metal.

Her work is in the collections of the Philadelphia Museum of Art, the State Museum of Pennsylvania in Harrisburg, the McNay Art Museum in San Antonio, the Fine Art Museum of St. Petersburg in Florida, and the National Museum of Mexican Art in Chicago. Sanchez’s work is also part of Marin’s private collection of Chicano art, considered among the most extensive in the world. She participated in “Chicano Visions: American Painters on the Verge,” which traveled throughout the United States from 2001 to 2006 and was detailed in a book of the same title written by Marin. She also took part in Marin’s exhibition “Chicanitas: Small Paintings from the Cheech Marin Collection,” featuring small works from his collection.

The workshops and exhibits are free and open to the public. Due to limited space and supplies, registration for both workshops is required. To register, contact gallery director Lalaine Little at 570-674-6250. Summer hours at the Pauly Friedman Art Gallery at Misericordia University (301 Lake St., Dallas) are Tuesday through Friday, 10 a.m.-4 p.m., and Saturday and Sunday, 1 p.m.-4 p.m. The gallery is closed on Mondays and for all university holidays. 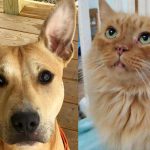