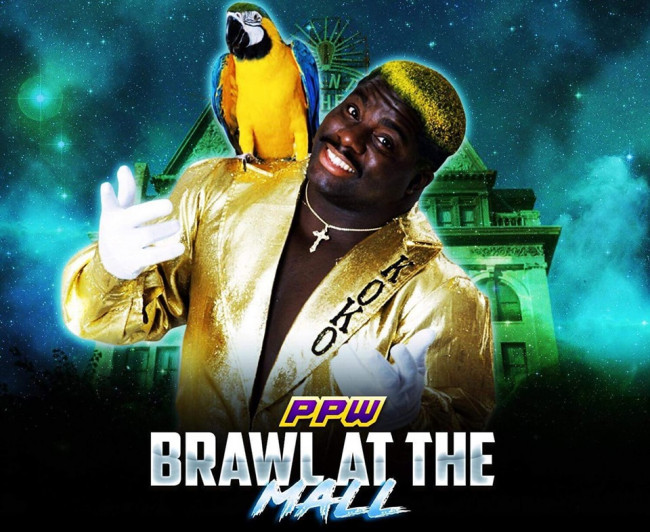 PPW, an independent wrestling company based in Hazleton, will host its first-ever wrestling event in Scranton at an usual venue, bringing regional talent as well as a WWE Superstar to The Marketplace at Steamtown on Saturday, Aug. 10.

While this will be the first wrestling event in The Marketplace at Steamtown (300 Lackawanna Ave., Scranton), according to PPW, it is not the first sporting event to come to the former Steamtown Mall – the Pennsylvania Golden Gloves held boxing matches in the food court in 2016.

Pennsylvania Premiere Wrestling was originally established in 2013 as a one-off benefit show. Six years later, PPW is still around producing monthly shows and even has its own television show featured Sunday nights on WYLN-TV 35 Hazleton called “High Voltage,” which can also be seen on YouTube.

The shows are typically held on the third Saturday of the month at Holy Family Academy in Hazleton, as well as occasional shows at the Hazleton YMCA.

PPW is truly a place where fans can expect the unexpected, whether it be Jack Swagger winning the PPW Heavyweight Championship or when the PPW Heavyweight Championship switched hands three times in the same night. PPW represents a good mix of the past, present, and future of wrestling, whether it be Hall of Famers such as Tony Atlas coming to town or budding prodigies like KC Navarro, who leaves the crowd breathless when he takes to the air. PPW truly has it all for any wrestling fan.

PPW has not traveled outside of Hazleton since March of 2014, when it presented March Mayhem while not even a year old. For the first time in over five years, fans will get the chance to experience the show in a completely different atmosphere. There will be excitement and anticipation in the air when the Marketplace hosts wrestling for the first time ever on Aug. 10, which includes the recent addition of James Ware, a.k.a. Koko B. Ware.

Starting his career in 1978, Ware is best known for his time in the WWE in the mid-to-late 1980s, where he became a popular act alongside his beloved macaw, Frankie. Coming out flapping his arms like a bird and having Frankie watch from a perch as he wrestled, “The Birdman” quickly became a fan favorite, especially to younger generations. With his bright hair and clothing choices, it was no wonder why kids were fond of Ware and his big personality.

In 1992, the Tennessee native joined forces with Owen Hart to form the tag team High Energy, but Hart later injured his knee, so the team only lasted one year. Ware holds the distinction of competing in the first-ever match on the first episode of “Monday Night Raw” in 1993, and he continued wrestling for the WWE until 1994. He went into semi-retirement from wrestling in 1995.

In 2009, the hard work of “The Birdman” was rewarded when Ware was inducted into the WWE Hall of Fame by the Honky Tonk Man.

Learn more about Scranton pro wrestler “The Man” Johnny Moran in Episode 69 of the NEPA Scene Podcast, where he and “Mint” Mike Mitchell talk about wrestling at PNC Field in Moosic; tag teaming as The ExerGuys and playing bad guys versus good guys; training at Back Breakers Training Center in Scranton with Justyn Glory, The Sanctuary in Hazleton, and House of Hardcore with Tommy Dreamer; wrestling up and down the East Coast with big promotions and pro wrestling stars; the state of pro wrestling today; how they stay in shape; and more: