From a press release: Known for their sophomoric humor, theatrical performances, crazy costumes, and intentionally crude musicianship, Green Jellÿ will invade Scranton once again for a special Halloween concert on Saturday, Oct. 31 at The Place, a music venue inside The Marketplace at Steamtown. As NEPA Scene reported back in June, The Place is moving […]

A music venue that opened inside The Marketplace at Steamtown last fall will already have to move as Geisinger takes over former storefronts to build a musculoskeletal wellness center in downtown Scranton. Geisinger’s $20.9 million project was announced in October and will fill the two-floor space left by the Bon-Ton when it closed in 2015, […]

From a press release: When the going gets tough, the tough get creative. This week, The Marketplace at Steamtown in downtown Scranton is introducing Steamtown Live, a live streaming showcase of local businesses and artists on the Marketplace’s Facebook page and the Scranton Public Market Instagram account. This opportunity to connect to the community is […]

From a press release: It was announced today that Hazleton active rock radio station 97.9X will bring Boston metal band Ice Nine Kills to the new Art Haus movie theater in downtown Scranton for a live unplugged show this Sunday, Nov. 24 at 2 p.m. The “97.9X-Clusive Pop-Up” is free on a first-come, first-served basis. […] 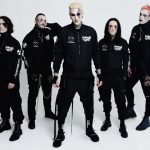