It was announced today that multi-platinum ’80s metal band Dokken and the legendary “Queen of Metal” Lita Ford will perform at Penn’s Peak in Jim Thorpe on Friday, Oct. 25 at 8 p.m.

Tickets, which are $34 in advance or $39 the day of the show, go on sale this Friday, Aug. 30 at 10 a.m. at all Ticketmaster outlets, the Penn’s Peak box office (325 Maury Rd., Jim Thorpe), and Roadies Restaurant and Bar (325 Maury Rd., Jim Thorpe). Penn’s Peak box office and Roadies Restaurant ticket sales are walk-up only; no phone orders.

Dokken exploded out of the boiling hard rock/heavy metal scene in Los Angeles in the early 1980s. With its catchy title track, 1983’s “Breaking the Chains” set the stage for Dokken becoming a dominant creative and commercial force in the world of melodic hard rock for years to come. Such classic albums as “Tooth and Nail,” “Under Lock and Key,” and “Back for the Attack” all became multi-platinum-selling smashes, and the live “Beast from the East” went gold in Europe and Japan. Songs like “Alone Again,” “Just Got Lucky,” “Into the Fire,” “In My Dreams,” “Unchain the Night,” “Dream Warriors,” “Burning Like a Flame,” and “Heaven Sent” are still regarded among the genre’s finest.

Dokken has shared stages with AC/DC, Metallica, Aerosmith, Judas Priest, Van Halen, Kiss, Scorpions, and Bon Jovi, just to name a few. The band hit stadium status in 1988, playing in front of over a million fans in just five weeks. It seemed Dokken was on the verge of superstardom. But like so many other bands that have come before and after them, vocalist Don Dokken broke up his group in 1989.

In 1994, legendary A&R man John Kalodner offered Dokken a recording contract on the condition the group had to be original members. The band released the appropriately titled “Dysfunctional” in 1995, selling 450,000 copies, which by the mid-’90s was considered very respectable by industry standards. But just as they were on the verge of releasing a second single, filming a video, starting a world tour, and “taking it all the way,” as Don Dokken puts it, the baggage from their past reared its ugly head and again the group began to unravel. Soon after guitarist George Lynch left the group, he was replaced by Reb Beach (Winger, Whitesnake).

They released “Erase the Slate” in 1999, followed by their DVD “Live from the Sun” in 2000. In 2001, Beach was replaced by John Norum (Europe) and they released the album “Long Way Home.” By 2003, guitarist Jon Levin came on board with the subsequent release of the albums “Hell to Pay,” “Lightning Strikes Again,” and “Broken Bones” and has remained with the group for over 20 years now. All three CDs have been acclaimed as a true and definitive return to their classic sound.

Dokken has survived and kept their loyal fans in a time when people’s tastes change as fast as Britney Spears’ wardrobe, and they have been embraced by a whole new generation of rock fans. Even after longtime drummer Mick Brown officially retired from Dokken last month after 40 years in the band, they continue to tour and work on new music.

Lita Ford’s career began in 1975 as a founding member and guitarist of the groundbreaking all-female group The Runaways. Their hard rock/punk edge spawned hits like “Cherry Bomb” and “Queens of Noise” that are still proving their timelessness today. “Cherry Bomb” was featured in the critically acclaimed Marvel/Disney hit movie “Guardians of the Galaxy” in 2014, and the Grammy Award-nominated soundtrack was certified platinum by the RIAA.

In 1983, Ford launched her career as a solo artist with her debut album “Out for Blood,” establishing her as the premier female performer in rock and heavy metal. She quickly followed up in 1984 with the release of “Dancin’ on the Edge,” which earned her a Grammy nomination in the Best Female Rock Vocal Performance category. The album produced the world-charting single “Fire in My Heart” and the U.S. Billboard Top 50 charting hit “Gotta Let Go.” The song, along with the video being in MTV’s top rotation, began to make Ford a household name.

2018 celebrated the 30th anniversary of her self-titled multi-platinum “Lita” album. Released on Feb. 2, 1988, “Lita” boasted four charting hit singles: “Back to the Cave” and “Falling in and Out of Love” (co-written with Mötley Crüe’s Nikki Sixx), along with the worldwide mega hits “Kiss Me Deadly” (nominated for Best Female Video of the Year in MTV Video Music Awards) and the certified gold ballad single “Close My Eyes Forever” featuring Ozzy Osbourne, which remained in the Billboard Top 10 for 25 weeks.

“Lita” solidified Ford as one of the most influential female performers in the music industry and earned her the title “Queen of Metal.” She released three more studio albums – “Stiletto,” “Dangerous Curves,” and “Black” – that produced the radio and video hits “Hungry,” “Playin’ with Fire,” and “Shot of Poison,” again scoring a Grammy nomination.

In 1995, Ford took a sabbatical from the industry to raise a family. In 2008, she answered the call of her fans and, after 13 years, triumphantly returned to the stage. The excitement generated by Ford’s return quickly showed the world that the Queen was back. Since then, she continues to tour at a nonstop pace, headlining major events worldwide and throughout the United States.

Alongside her live performances, Ford has followed up with two new studio albums, “Living Like a Runaway” and “Time Capsule.” With Ford’s long-awaited return to the scene, also came the opportunity for the industry to finally recognize her for forever changing the role of women in music. 2014 saw two of these accolades. At the 50th anniversary of the world-famous Whiskey a Go Go, Ford was presented with the Guitar Player Lifetime Achievement Award. In the same year, the prestigious Guitar Player magazine awarded her the Guitar Player Certified Legend Award and inducted her into the Guitar Player Hall of Fame.

In 2016, Ford released her autobiography, “Living Like a Runaway: A Memoir.” The book’s insight and vivid truthfulness so captured audiences that it quickly became a national bestseller and reached such critical acclaim that she was presented the Outstanding Writer Award at the Producers Choice Honors in 2017.

At 2017’s fifth Annual She Rocks Awards, she was chosen as the recipient of the coveted Icon Award. That evening, she was also officially bestowed the title of the “First Lady of Rock Guitar” by Marshall Amplification and Guitar Player magazine. Laura B. Whitmore, founder of the Women’s International Music Network and producer of the She Rocks Awards, commented, “Whether as a solo artist, band member, or guitar shredder, Lita Ford is a true pioneer who has broken down barriers and inspires today’s female guitarists. I am excited to honor her with an award that really sums up the essence of Lita Ford.”

Ford continues to encourage and inspire young musicians by teaching and mentoring through Rock and Roll Fantasy Camps.

In May of 2018, she launched Lita Ford Guitars. The company, in conjunction with Cara Guitars, offers hand-worked replicas of her iconic instruments. These classic replicas are also available through the newly formed “Lita Ford Ultimate VIP Concert Experience” meet and greet packages.

Since the start of 2018, she has been more present than ever in major media and publications. She filmed 24 episodes of AXS TV’s hit series “Top 10 Revealed,” Nat Geo TV’s “Decades Remixed,” and a top BBC series focusing on iconic musicians’ playing styles and gear, along with appearances in documentaries. She also contributed to two books, “The History of Hard Rock” by Tom Beaujour and “No Encore” by Drew Fortune. The year closed with Ford being bestowed the Hollywood FAME Producers Choice “Icon” Lifetime Achievement Award, the 2019 “Legend” Inductee Nomination into the Hall of Heavy Metal History, and in 2019, a life-sized digital portrait of her ionic one-of-a-kind double neck guitar is on exhibit at London’s Saatchi Gallery, presented by “The Art of Capture” photographer Kane Hibberd. 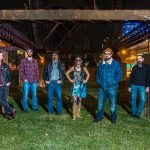 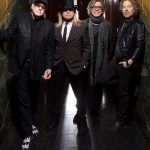