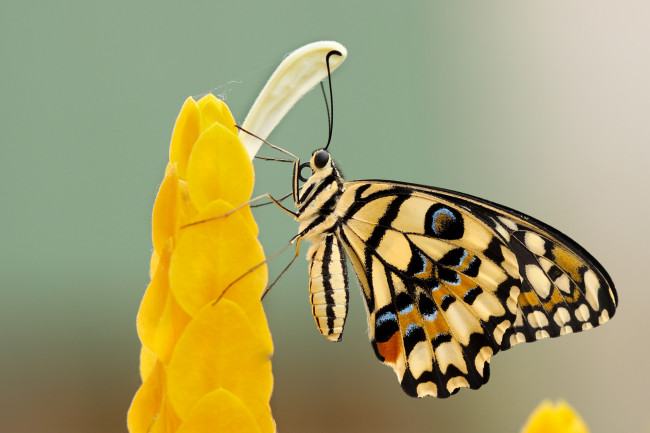 While the Scranton Fringe Festival hosts many unique and experimental shows for adults, it also provides fun and educational entertainment for kids.

The New Collectives, a New York-based theatre and film collective, will premiere “Bug Play” at the Lackawanna County Children’s Library in downtown Scranton on Friday, Oct. 4 through Sunday, Oct. 6.

In “Bug Play,” an unlikely hero shrinks down to the size of a bug through a bit of magic. Thrust into the world of butterﬂies, fireflies, ants, and bees, the hero learns big lessons about life, our planet, caring for others, and saving the bees.

This dynamic piece of theatre for young audiences is based on “The Insect Play,” written by Josef and Karel Capek in 1922, and told with the help of puppets made from found material.

In continuing with The New Collectives’ mission of giving back both artistically and ﬁnancially, they will be collecting donations at the show for The Honeybee Conservancy, a nonprofit with the mission to help the bees while increasing access to organic, sustainable food in underserved communities.

Featuring Maeve Brady, Sam Leichter, Sarah Moore, and Giverny Petitmermet, the show is directed by Justin Ivan Brown and runs Friday, Oct. 4 at 6 p.m.; Saturday, Oct. 5 at 2:30 p.m.; and Sunday, Oct. 6 at 2:30 p.m. at the Lackawanna County Children’s Library (520 Vine St., Scranton). It is free for all to attend, though a Scranton Fringe Festival button or pass is required. Reservations and donations can be made via Eventbrite.

The New Collectives took shape in February of 2014 while working on “The Witches,” a four-person adaptation of Macbeth. After a successful workshop production in August 2014, the company was formed in January of 2015. Its mission is to create new, intimate, innovative works, drawing inspiration from classic plays to develop contemporary work and to cultivate community through outreach and education programming. In an effort to create community and awareness, they collect donations after every show for an organization whose mission aligns with the themes brought up in the production.

In October of 2015, The New Collectives, in association with the Wandering Bark Theatre Company, produced a full production of “The Witches” at the Access Theatre in New York City. In August of 2016, TNC brought the world premiere of Sam Gooley’s “Steve Got Raped” to the New York International Fringe Festival. The 2017 season consisted of three full productions: “Buyer’s Remorse,” a one-woman show by company member Mara Gannon, produced at the FRIGID Festival; “The Occasion of Existence,” an original dance theatre piece based on the book “Einstein’s Dreams;” and Brendan Kennelly’s modern translation of “The Trojan Women.”

In March of 2018, The New Collectives was honored to be part of IRT’s 3B residency program. While in residency at IRT, they produced the world premiere production of “Life Brief & Glorious” by Bryn Manion and developed three new pieces – “THIS,” an ensemble-built full-length play by Co-Op Theatre East artists Laura Iris Hill, Robert A. K. Gonyo, and Anna Savant; “Zodiac Math,” a one-woman millennial siren song by Elizabeth May; and “My Favorite Flower,” a new full-length play by Arika Larson – as part of the Daily Developments Workshop. The rest of the 2018 season consisted a reading of resident dramaturg Taylor Beidler’s new play “Groundswell” and a full production of “Zodiac Math” at MITU580.

The New Collectives’ 2019 season began with a residency at IRT in April and May that included “M4M,” a seven-character modern reimagining of Shakespeare’s “Measure for Measure.” They also held their second Daily Developments Workshop featuring “Sour Dough: The Attempted Unionization of the Bison City Bread-O-Rama,” a new play with songs by Ben Lewis; “The Unrepentant Necrophile,” a punk musical about a mortician and her body presented by The Coldharts; and “Alpha,” a modern-day adaption of Shakespeare’s “Taming of the Shrew” by Stephanie Swirsky. In June, The New Collectives spent a week in residency at Barn Arts Collectives in Maine, continuing development work on Beidler’s “Groundswell.” “Bug Play” is the final offering in their 2019 season. 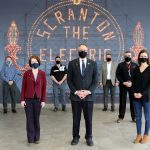